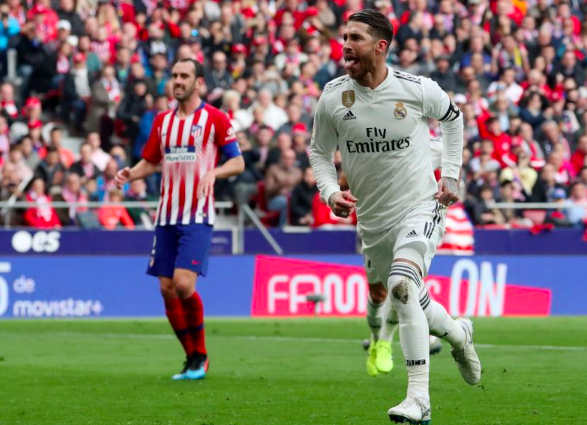 The Champions League Round of 16 gets under way this week, with games taking place Tuesday and Wednesday. The two games with the closest odds to advance are Dortmund-Tottenham and Porto-Roma.

Juventus were recently knocked out of the Coppa Italia by Atlanta in the Quarter-Finals, then drew 3-3 the following week with Parma. On Sunday they bounced by in Serie A with a 3-0 win over Sassuolo.

Meanwhile at the weekend Atletico Madrid battled against Real Madrid for the 2nd spot in La Liga behind front-runners Barcelona.

This will be a true test for two evenly matched teams, we expect home advantage to go to Atletico Madrid in the first fixture but the bettors will back Juve to progress over the course of the two legs. Juventus currently have the 3rd best outright odds to win the Champions League at (+650).

Meanwhile in another Champions League fixture, bettors are confident that Ole Gunnar Solskjaer can lead Man United to victory over a weakened PSG side. As we see below the dramatic drift in odds from PSG being a heavy favorite in opening odds last year to slight underdogs now. PSG are also in the midst of an injury crisis; still without their star player Neymar and Cavani.

A tough fixture for Liverpool as they face Bayern Munich, Jurgen Klopps record against his old German rivals is not appealing from a betting perspective, he has won nine, drawn four and lost 16 of his 29 meetings.

Liverpool do exceed expectations at Anfield especially when the pressure is on, last season we seen them trump Manchester City 3-0 and win 5-2 over Roma.

Bayern Munich have remain consistent as of late, Robert Lewandowski is still hammering in the goals up front, while the likes of Thomas Muller, Arjen Robben are fresh for their clash against Liverpool.

0 comments on “Champions League Round of 16: Atletico to Test Juve & Bettors Back Man United”