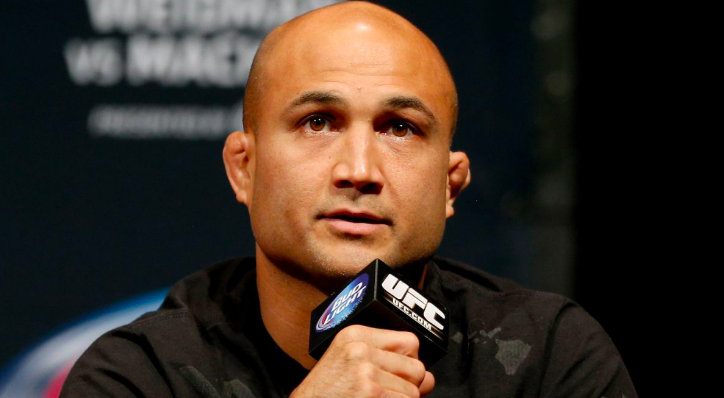 Former UFC double champ BJ Penn returns to the octagon at UFC 247 on May 11 in Rio de Janerio, Brazil, to take on another fan favorite Clay Guida.

The main question is… why?

BJ Penn (16-13-2) has had nothing to prove and hasn’t looked his best since the mid 2000’s. “The Prodigy’s” last bout was against what many pundits called a “safe” fighter Ryan Hall, who submitted Penn via heel hook in the first round at UFC 232. The constant crave to return to the octagon is embedded in many MMA fighter’s DNA, that fighting spirit and looming ego to prove the doubters wrong.

Clay Guida (34-18) is a veteran MMA fighter also, but with less millage on the clock compare to BJ. Guida was on a two-fight winning streak until he lost by guillotine chock at UFC 235 to Brazilian submission specialist Charles Oliveria.

Penn and Guida will join this UFC 237 card alongside Jose Aldo and Alexander Volkanovski.

So will BJ Penn defeat the odds? He hasn’t since 2010, but as a fan favorite many will have his back still. Even at these enticing odds, we expect to get even better value as the sportbooks release their odds closer to UFC 237.