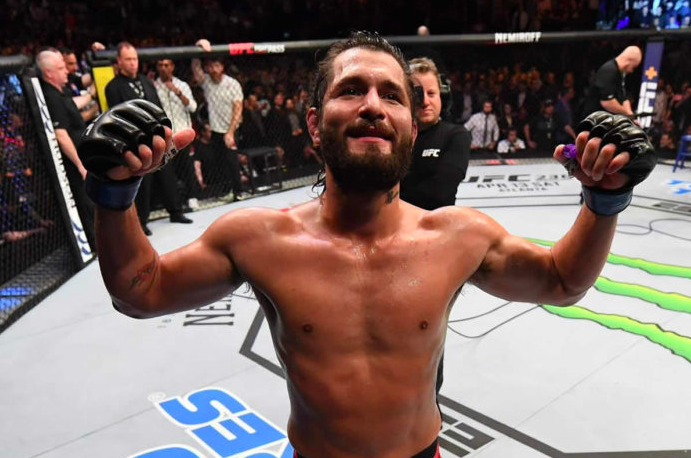 The UFC’s Welterweight division is on fire at the moment, after newly crowned champion Kamara Usman dominated Tyron Woodley we’ve seen an opening of incredible potential match-ups. Let’s not disregard Woodley as one of the best Welterweights of all time, from his KO of Robbie Lawler and submission of Darren Till, to his tactical battles with Stephen “Wonderboy” Thompson, he’s been given the best opponents and always stepped up to the challenge.

“Felt like a bad dream” Woodley on his loss to Usman

Fast forward to this past weekend and the UFC visited London, Jorge Masvidal took on Darren Till on his home turf. Till was a big favorite heading into this at (-219) even after his recent loss to Woodley, the staff at MMAJunkie.com voted and 67% picked the scouser to win.

Darren Till now needs some time off, he’s had two brutal losses and needs to take a break, heal up and then decide whats next for him. That could be a move up to Middleweight, or someone outside of the top ten at Welterweight such as Neil Magny. Masvidal on the night proved the masses wrong, coming out with a change of stance in the 2nd round and pushing forward with ferocious quick attacks on Till, knocking him out with a mean left hook. After the fight Masvidal got into a backstage altercation with undercard winner Leon Edwards, Masvidal being an OG didn’t back down and gave him a “three piece and a soda”, setting up a potential fight inside the octagon this time.

Now let’s look at the current UFC Welterweight rankings and play Shawn Shelby’s role as match maker with some exciting fights we’d like to see.

Jorge Masvidal (#6) vs Santiago Ponzinibbio (#8), Masvidal now ranked just outside the top 5. This would be an even more exciting match-up personally with the beef aside between Masvidal and Edwards. Stylistically Ponzinibbio and Masvidal would be striking heaven, and it makes sense for both fighters who have momentum behind them.

Colby Covington (#2) vs Kamara Usman (C), this title fight is the one to make. The UFC did however mess up not booking Woodley to fight Colby when he was champ, we also have a funny feeling that Colby won’t be as keen fighting Usman after his masterclass performance over Woodley.

Rocco Martin vs Rafael Dos Anjos (#4), Anthony Rocco Martin has been on a four fight win streak since his last loss in 2017. This would be an exciting match-up and a safer one for Dos Anjos who needs to get in the win column again.

Robbie Lawler (#9) vs Ben Askren (#6), this rematch is one Dana wants to run back, we also see the appeal but there is so many other possibilities for Askren within the top 5 such as Dos Anjos or Wonderboy.

0 comments on “Fights To Make: UFC’s Welterweight Division Heats Up”