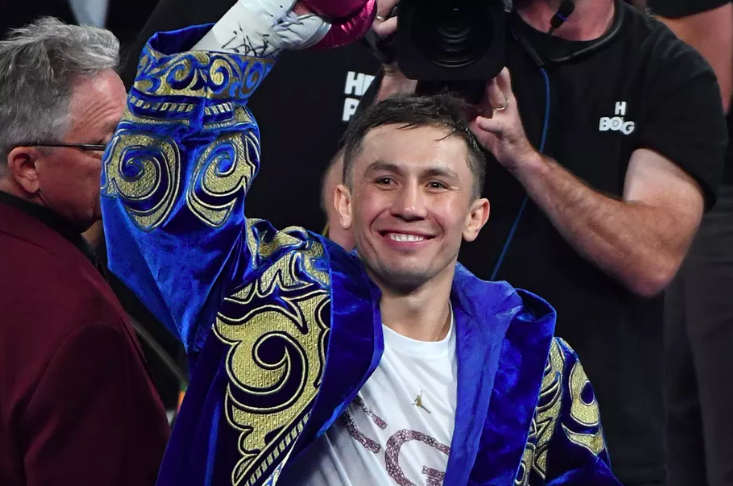 Gennady Golovkin is set to co-feature on his DAZN debut against “Contender” winner Brandon Adams, this fight will be accompanied by undefeated Demetrius Andrade who defend his WBO middleweight title against Maciej Sulecki – who’s only loss comes by way of UD to Daniel Jacobs.

The date is set for June 8 with venue TBD, Gennady “GGG” Golovkin needs to get a win under his belt after a draw and loss to current middleweight king Canelo Alvarez. A win here would be a perfect set up for a Alvarez vs. GGG trilogy fight on DAZN.

At age 36, Golovkin’s fight millage has to be taken into consideration as there was a clear dip in performance from his first bout with Alvarez to his rematch. It’s understandable why the oddsmakers still see him as sizeable betting favorite, meanwhile Adams most recent win comes over Shane Mosley Jr.

Demetrius Andrade is a deserved favorite here, his slick defensive style has maintained his undefeated record. According to CompuBox, in his last fight against Kautondokwa he landed 30% of his punches ,152 of 501. Meanwhile Kautondokwa failed to land more than 8 punches in a round.

Maciej Sulecki is a Polish based boxer fighting out of the US, he’s currently ranked #7 in the light middleweight rankings by BoxRec. Sulecki is used to being the underdog, defeating hometown favorite Gabriel Rosado earlier this month, showing grit after coming back from a knockdown in the ninth round.

Oddsmakers are giving Maciej Sulecki a 16.7% average chance of putting an end to Andrade’s undefeated streak.