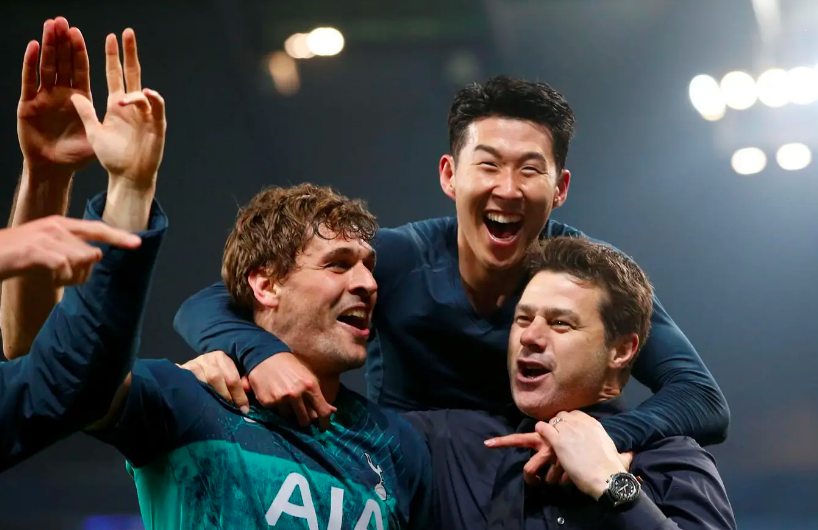 The Champions League proved to be one of the most dramatic games we’ve seen since that famous night in Istanbul for Liverpool. The hero for Tottenham was Son Heung-min who scored two goals in a 4 – 3 thriller that handed Man City a surprise exit from the Champions League.

Juventus also shared a disappointing exit, Juventus’s stocks have also plummeted 23% due to their early exit. The Italian giants relied too much on an away goal from their first-leg against Ajax, however the midfield of Ajax proved to be too much and they we’re the better team over the course of the two-legs. Ajax will now face Tottenham in the semi-finals with the first fixture set for April 30th in London, then the second fixture in Amsterdam on June 8th.

The opening betting line between the first leg between Tottenham at home to visitors Ajax is a close one. Tottenham are (+115) favorites, while Ajax at (+220) offers great value. Over the course of the two-legs we see Ajax controlling the pace and not letting Spurs run riot like they did against Man City.

Barcelona open as (-143) favorites over sizeable underdogs Liverpool, as Klopp’s men travel to Camp Nou as (+350) underdogs. Barcelona kept a clean sheet in both fixtures against Man United during the quarter-finals, netting four goals in total. Liverpool’s defense has also improved, with only allowing one goal in over two-legs against Porto, which still maintaining an aggressive attacking form that they’ve been known for.

Barcelona are now the outright favorite to win it all, with Man City out of the picture they have a clear path to victory. Can Liverpool stall their path to the final? For Liverpool it’s a similar position to last year, against the odds they made it to the final, only to be defeated by Real Madrid.

In the Europa League both English sides Chelsea and Arsenal looked impressive in their wins over Slava Praha and Napoli respectively. Arsenal’s key player Pierre-Emerick Aubameyang has ben the top goal scorer and could be key to Europa League success. Meanwhile The Blues are finally starting to find their stride with manager Maurizio Sarri, Olivier Giroud has been on fire with the top goal scorer in this years tournament, with the Frenchman netting ten goals thus far.

Valencia knocked out Celtic, Krasnodor and now Villareal, will they continue the success that previous Spanish teams have had the Europa League? They have serious momentum and could very well be the value team to bet on with outright winning odds of (+330). Frankfurt are also in the mix, they managed to knock out Benfica and are currently on track to have their best chance of winning since 1990 – when the won the UEFA Cup.