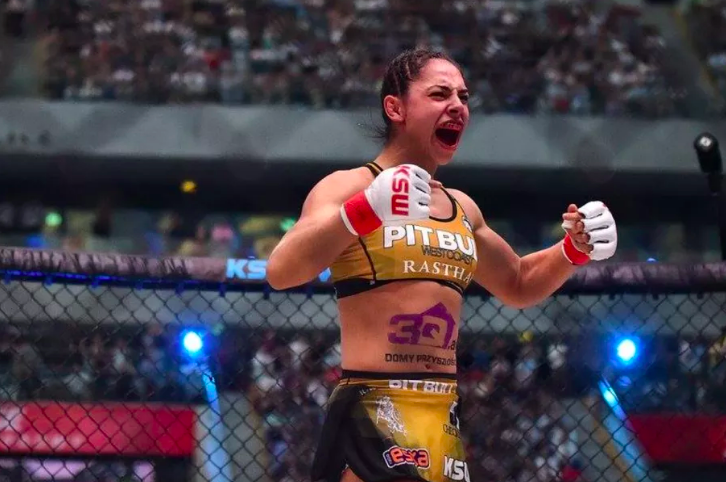 Molly McCann (8-2) is set to make her third UFC fight and first in the U.S. as she takes on Ariane “Violence Queen” Lipski at UFC on ESPN+ 12 on May 3 in Greenville.

This flyweight bout will be McCann’s chance to shine on US soil, the Liverpool based fighter rose through the ranks at European based promotion Cage Warriors, then in 2018 was picked up by the UFC. After a bumpy debut that resulted in a submission loss to Gillian Robertson, McCann rebounded showing her grit and heart when she defeated Priscila Cachoeira by decision at UFC Fight Night 147 in March.

Lipski (11-4), is also a recently signed UFC fighter, reigning from Brazil Lipski had an impressive run in KSW and is a well-rounder fighter with multiple submission and KO wins on her record. Similar to McCann, Lipski’s debut didn’t go according to plan as Joanne Caulderwood defeated Lipski by decision. This was her first loss since 2015 and Lipski will be looking to gain momentum with a win over the brash Liverpudlian fighter.

This is great match-making by the UFC, both fighters bring an exciting style – if Molly can pick-up a win she can really become a star for British MMA. The early odds slightly favour Molly, giving her a 62% chance of beating Lipski.

The latest update to UFC on ESPN+ 12 looks as follows: