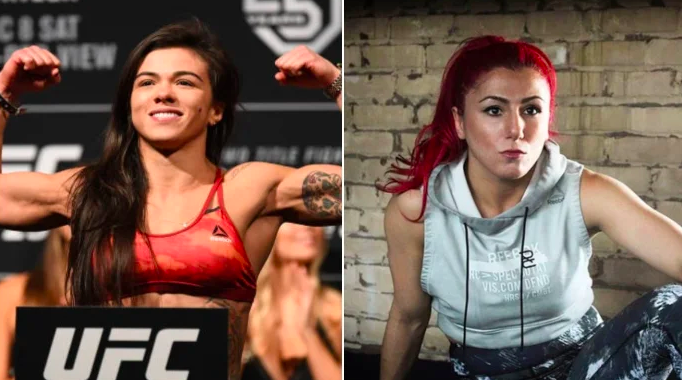 The UFC has officially announced Claudia Gadelha and Randa Markos for UFC 239 in Vegas on July 6. The report initially broke from ESPN earlier today.

Claudia Gadelha (16-4), is looking to get back into the win column after a decision loss to Nina Ansaroff at UFC 231, prior to that Gadelha garnered wins over Carla Esparza and Karolina Kowalkiewicz. The straweight division is now brimming with talent and with Jessica Andrade challanging Rose Namajunas for the title in Brazil later this month, the whole division could be due for a shake up if Andrade can dethrone Namajunas.

Randa Markos is coming off a submission win last month over Angela Hill, prior to that she picked up a draw against Marina Rodriguez last September. She has alternated between wins and losses her entire UFC career, which dates back to 2014. Markos will be looking for first back to back win since 2013 here against Gadelha at UFC 238.

Markos is a big underdog here, after her unpredictable performances so far in her UFC run she can be a tough cookie to predict. Combined with a favorite Markos could add a major boost to a parlay bet, if you are willing to take the chance.

UFC 239 is headlined by Jon Jones’ defense of the light heavyweight belt against Tiago Santos at the T-Mobile Arena, UFC 239 also includes a bantamweight title fight between two-division champion Amanda Nunes and former titleholder Holly Holm, odds for both of these bouts are all covered by Betting Insider Journal here.