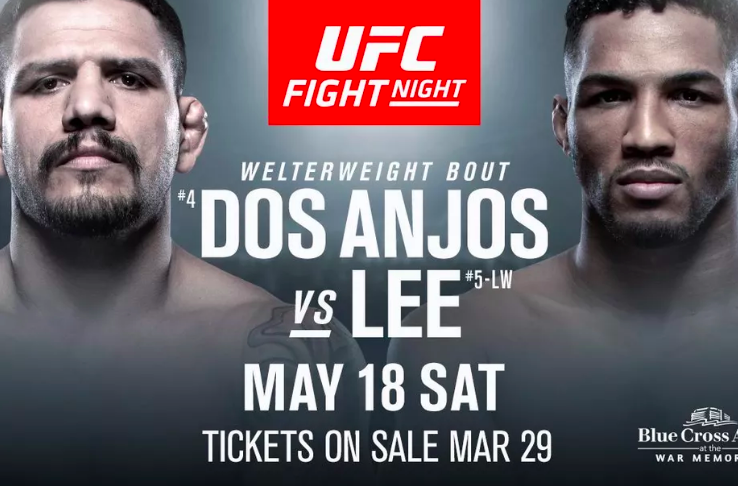 Kevin Lee makes his welterweight debut Saturday May 18 at UFC on ESPN+ 10. Taking place at the Blue Cross Arena, Rochester.

The odds consensus is that Dos Anjos may have a 53.9% chance of winning, and Kevin Lee’s at 53.1%. It’s no surprise that Dos Sanjos has suffered badly at the hands of wrestlers in the past, expect Lee to revert to his wrestling base if has difficulty on the feet with Dos Anjos.

At the same time Kevin Lee is still campaigning for a 165 pound division, as 155 was clearly draining him and the likes of Woodley & Usman might be too big for him at 170 pounds. Lee’s last fight at lightweight, seen him struggle cardio-wise against a relentless Al Iaquinta. Prior to that Lee picked up some impressive wins over Barboza and Chiesa.

Dos Anjos (28-11), in a similar fashion moved from lightweight to welterweight back in 2017. His first two performances at 170 pounds looked impressive, with wins over Saffiedine and Magny. Then the UFC fed him to two of the best wrestlers in the division Colby Covington and Kamara Usman, which he lost both by unanimous decision.