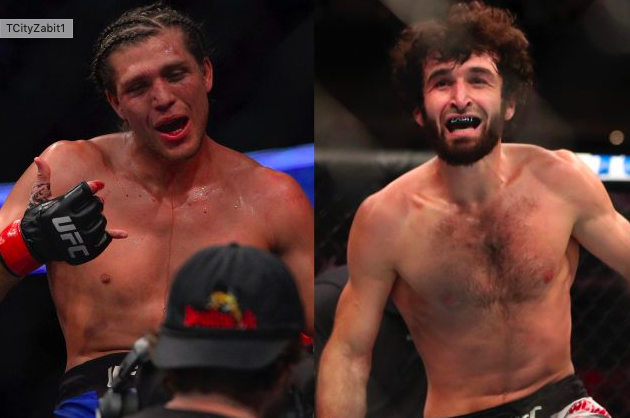 Brian Ortega’s return to the UFC octagon is targeted for UFC 240, coming off his first MMA loss to Max Holloway. Ortega is expected to face the highly-rated Zabit “Zabeast” Magomedsharipov.

Ortega (14-1-1), is one of the UFC’s most promising and marketable stars, he rose through the featherweight ranks picking up wins over Renato Moicano, Cub Swanson and the devastating knockout of veteran Frankie Edgar. Ortega has always managed to turn the dynamics of a fight around even when it wasn’t going his way, with slick Jiu-Jitsu and improved boxing but not the best boxing defense, this could be vital against an unorthodox fighter like Zabit.

Zabit (17-1), has proven himself to be a very unique fighter, switching between high-flying kicks to latching on submissions just like his Dagestan counterparts. In Zabit’s last bout his uniqueness was almost nullified by Jeremy Stephens, however Stephens has the knockout power that Zabit wanted to avoid – still Zabit picked up the win and his unbeaten in 13 fights stemming back to 2013.

The future of the featherweight division could be in the hands of one of these opponents, with Max Holloway already dabbling in lightweight and accepting a surprising challenger in Frankie Edgar for his next title defense.

The early oddsmakers at 5Dimes.com have Ortega as a (+150) underdog. Meaning if you put $100 down and Ortega won, you’d make a $150 profit. Meanwhile Zabit is the opening favorite at (-180), expect these lines to get shorter as the fight approaches.