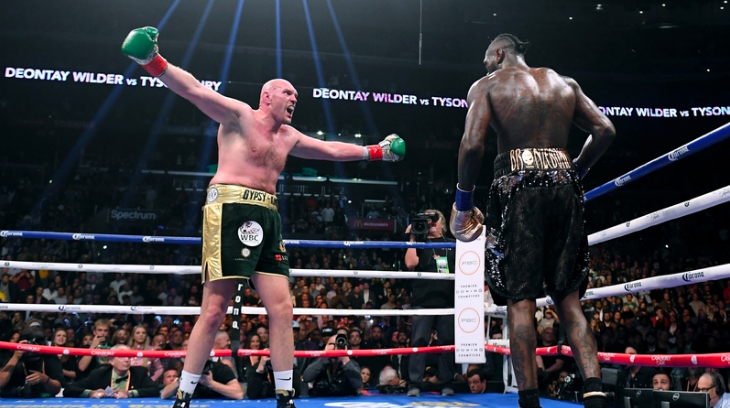 On Saturday night in Madison Square Garden Andy Ruiz Jr shocked the world with an impressive win over Anthony Joshua. Ruiz Jr won the WBA (Super, IBF, WBO and IBO heavyweight titles, a huge twist in the tale as Joshua was connected with a title unification match with Wilder or Fury.

In the end this is heavyweight boxing and all it takes is one heavy blow, a rematch clause was in the contact and Ruiz Jr is expected face Joshua on his home soil in the UK later this year, but Ruiz Jr is already pushing for Mexico as this makes more sense for the title holder.

In their first encounter Fury dominated Wilder and outboxed him on the judges scorecards, however it was Wilder who landed the definitive blow of the night in the final round. Fury rose from the canvas like The Undertaker on a Wrestle-mania card and the fight ended in a draw.

It’s clear that Wilder’s performances have been been getting increasingly better and better, meanwhile Fury only had two warm up matches prior to a three year lay-off due to struggles outside of the ring before facing Wilder. Expect a better version of each fighter when they step in the ring for the rematch.