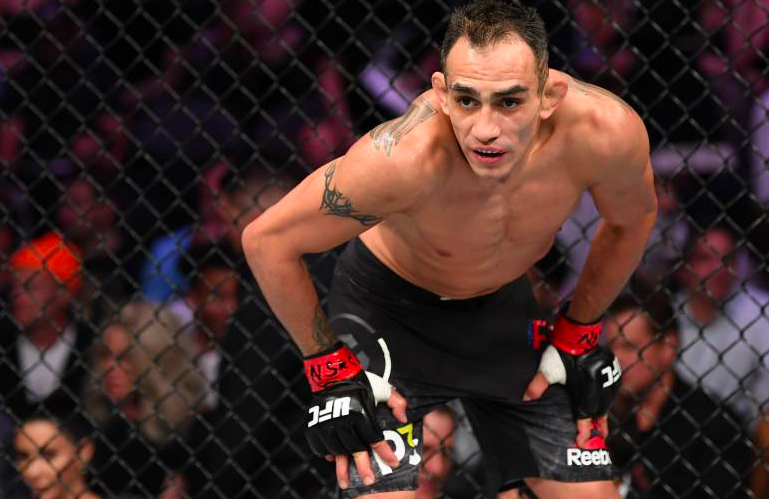 The UFC just announced an explosive match for the lightweight division. This week Tony Ferguson, sat down with the UFC after taking some time off to sort out some personal issues, “El Cuchy” set to return against none other than Donald “Cowboy” Cerrone.

Ferguson (23-3), is a former interim-lightweight champion but has never actually fought for the real title due to injuries and other circumstances. At 35 if Ferguson losses here, it could be a tough road back to title contention.

Cerrone (35-11, 1 NC), coming off his third straight win and undefeated since becoming a dad, he’s looked revitalized and it’s possibly the best version of the 36 year old we’ve seen so far. “I want the title, whatever that means,” Cerrone said, per Brett Okamoto of ESPN. “Unless, Conor McGregor you want to fight me in July. I’m ready.”

In a stacked lightweight division, this match-up works for both fighters as the champion Khabib is defending his title against Dustin Poirier most likely set for UFC 242 in Abu Dhabi this August.

Head to head Ferguson vs. Cerrone are two well-rounded skilled fighters, Ferguson set a relentless pace in his last fight against Anthony Pettis. When it comes to significant strikes landed per minute 5.51 compare to Cerrone’s 4.28, if Cerrone lets Ferguson dictate the pace he could take the win. Ferguson’s key strengths are his unorthodox movement and elbows, which can cut up any man. Meanwhile Cowboy has the precision, patience and those head kicks which could be goodnight for Ferguson if one lands clean.

UFC 238 Betting odds for Ferguson vs Cowboy available on BetOnline. As a +160 underdog Cowboy offers great value. That means if you put $100 down and he wins, you could walk away with $260.

Both fighters are underrated submission specialists, with half of Ferguson’s UFC wins coming by submission. Cerrone last fought on May 4th, picking up a fight of the night win over Al Iaquinta. UFC 238, is taking place next month which will be another quick-turnaround for the anytime anywhere Cowboy.

Once the opening betting odds for Cowboy Cerrone vs. Tony Ferguson are released, Betting Insider Journal already have you covered for these fights on the UFC 238, Chicago card: