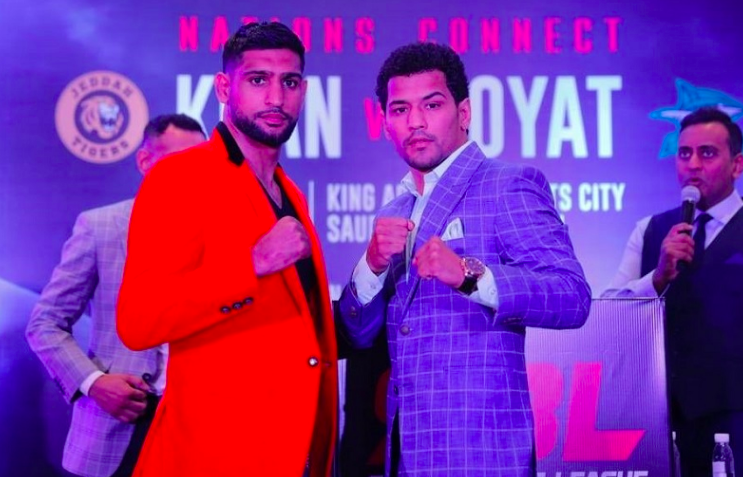 Amir Khan’s attempt to become a two-weight world champion fell short in his last outing against Terence Crawford in New York last April. Khan is expected to get back in the win column with a win over Goyat in Jeddah, Saudi Arabia.

“Pakistan lost to India today #ICCWorldCup2019. Come July 12th I will avenge the loss and knock out Neeraj Goyat on our upcoming fight in Saudi Arabia,” Khan tweeted.

Goyat is the winner of India’s most promising boxer in 2008, with a record of 11 wins and 3 losses, two wins by way of knockout. Goyat is now in his prime at 27-year of age, while at 32 Khan is clearly on the decline but overall is the much more experienced boxer.

British based boxer Khan captivated the boxing world with his exhilarating all-action style. He exploded onto the scene at just 17 when he heroically battled his way to a Silver medal at the 2004 Olympics in Athens, Greece.

This is the calibre of opponent Khan needs to bounce back after his most recent losses are coming at the hands of the world’s best Crawford and Canelo.