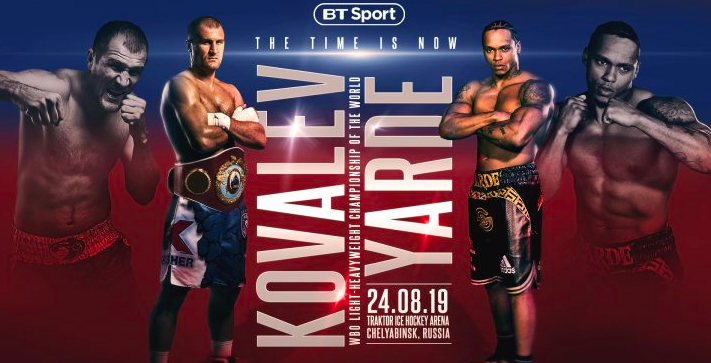 The Soviet showdown is set for August 24, where undefeated British boxer Anthony Yarde is set to take on Sergey Kovalev in Russia.

Rumours of Kovalev taking on Canelo were circulating but the deal never transpired. This is the possible fight to make if he can get past the hungry up and comer Yarde on August 24.

Yarde’s coach Tunde Ajayi has this to say: ”We are not going to shock the world, because the world knows what’s going to happen. We’re coming back to the UK, walking through customs with the WBO strap.”

Kovalev has clearly faded over the years, from his peak days of fighting Andre Ward, the Russian champ is now 36 compared to the 27 year-old challenger. Yarde has come under criticism from not taking big fights, but for ‘The Beast’ accepting mandatory challenger in Sergey Kovalev a huge test awaits regarding his abilities at the highest level.

The key for Yarde to shock the world will be his ability to set a high tempo from the off to unsettle the champion and take him out of his rhythm.