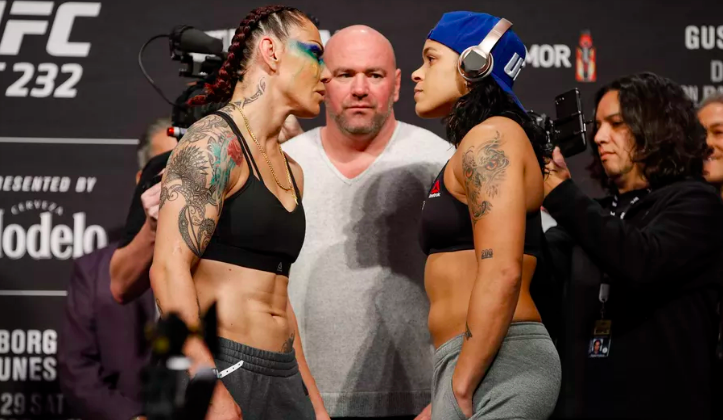 Cris Cyborg fought the last fight on her contract Saturday night, after a dominant performance over Felicia Spencer, she reminded us all why she’s a UFC caliber fighter. The 145-pound division was built around Cyborg, so it would be a shame to lose her to free agency.

The online sportsbook BetOnline have released early odds for a Cyborg vs Nunes rematch.

Amanda Nunes now a double UFC champion, holds belts in the women’s bantamweight and featherweight divisions. She handed Cyborg her second-loss in MMA since 2005, and exposed Cyborg’s sometimes wreck less style of fighting by beating her at her own game.

Nunes also finished Holly Holm recently at UFC 239, by way of head-kick – a move which made Holm famous after her derailing of Ronda Rousey back in 2015.

Cyborg can now take comfort knowing that fights don’t have to be finished in the first-round, she overcame the grappling of Felicia Spencer and eventually out-classed the Canadian rising star.

Both represent the two best female fighters on the planet so let’s hope this rematch goes down in late 2019 or early 2020.