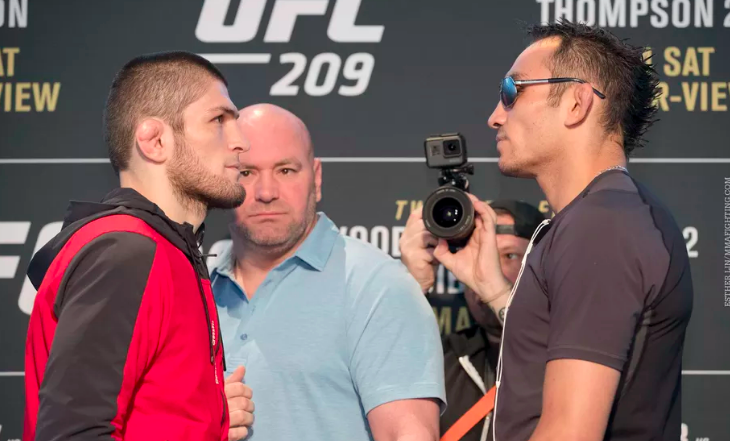 Khabib Nurmagomedov unified the lightweight titles at UFC 242, crushing the interim-champ Dustin Poirier in yet another dominant performance. What’s next for the undefeated Russian fight many are wondering? The oddsmakers seem fairly certain that he will face Tony Ferguson.

The opening UFC odds according to BetOnline.com for Nurmagomedov vs Ferguson pit Nurmagomedov as the clear favourite. Bet $235 on Nurmagomedov to win $100, while a $100 wager on Ferguson would payout $200 in profit.

As many who follow the UFC closely will know, this fight has been made not once, but three times and each time an incident has occurred meaning the fights were cancelled. Thankfully, both fighters have gotten back on track and picked up wins in the meantime, making it impossible not to re-book this epic clash for the fourth time.

Hopefully the UFC offer Ferguson the money he deserves to challange Khabib. After defeating Dustin Poirier, Khabib made a cool $6 million. If for whatever reason the UFC low-ball Ferguson then there is a real possibility that they will give Conor McGregor his rematch against Khabib for commercial reasons this route means another huge payday for all involved.

Stay tuned to Betting Insider Journal for all the latest UFC news and betting odds.