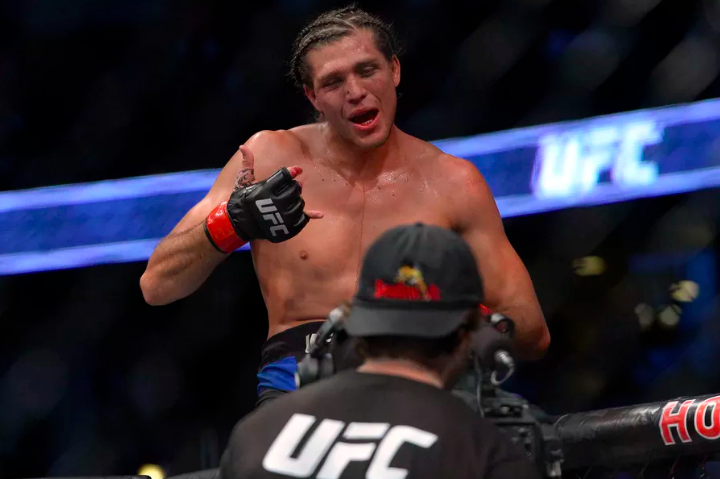 *Updated odds & predictions for Ortega vs Jung can be found here.

Two of the most exciting featherweights are set to for a showdown at UFC Fight Night 165, the event will take place on December 21, inside Sajik Arena, South Korea. We preview the opening odds for for Ortega vs The Korean Zombie below.

Ortega vs The Korean Zombie Odds

Brian Ortega #2 ranked featherweight opens as the slight underdog, expect the oddsmakers here to vary as they roll out the betting lines for UFC Korea. Bet $100 on Ortega to win $115, while the slight favourite The Korean Zombie means you’d have to put down $149 to make $100 profit.

Ortega (14-1-1), is coming off his first MMA loss, that was possibly a pre-mature title shot against Max Holloway. Prior to that Ortega made short work of of Frankie Edgar with an uppercut KO in the first round. Ortega does take quite some damage in his early UFC fights and we seen that again in the Holloway fight.

Jung (15-5), returned to action after military duty layoff in 2017, picking up a win over Dennis Bermudez. In late 2018 he lost in the fight of the year by an unorthodox elbow from Yair Rodriguez, then earlier this year Jung returned with a huge statement win over Renato Moicano.

We like Ortega as a slight underdog here, there are questions over how he will bounce back after his first loss. However, sometimes fighting in your home country isn’t always an advantage, which Jung may feel due to the added fan pressure and media obligations.

UFC Fight Night 165 aka UFC on ESPN+ 23 will go down December 21, perhaps an early Christmas present from the UFC!

0 comments on “UFC Fight Night 165 Opening Odds: Will home advantage be in the Korean Zombie’s favour against Brian Ortega?”