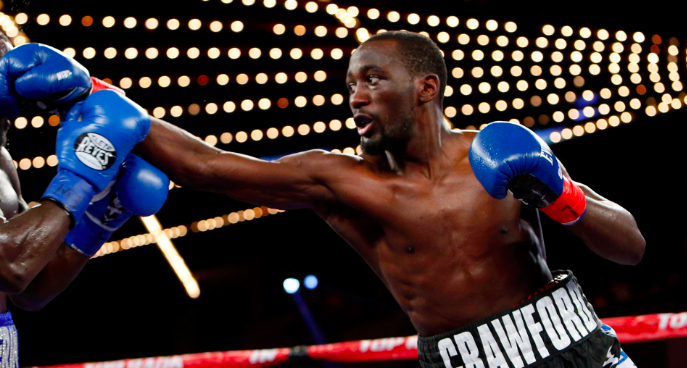 From our list of top gambling sites Crawford is the massive favourite here at 20/1, you would have to bet $200 just to make $10 in profit. Our recommendation here would be that Bud get’s stoppage in the later rounds, once those props come out closer to Dec 14th.

Crawford an Omaha native with an impressive record of (35-0, 26 KO), continuing his trend of two fights per calendar year that he’s followed since 2017, was last seen in April, dominating Amir Khan up until a bizarre low blow ending. Some boxing fans are are not pleased with the level of opponents that Crawford has face thus face. Yet Kavaliauskas will be the fourth undefeated opponent that Crawford will have faced in his past five fights – and the fifth in his past eight.

Teofimo Lopez vs Richard Commey is set to be a more competitive bout on the card.

Top Rank chairman Bob Arum had this say: “Terence Crawford is a generational talent, but he’ll have his hands full against the ‘Mean Machine” “Teofimo Lopez is taking a giant step up against Richard Commey, and it will be a tremendous fight. Mick Conlan has been asking for Nikitin since the day he signed with Top Rank. He finally gets his wish, and I know he wants to correct the tremendous injustice of the Rio Olympics.”

Top Rank are also finally getting around to re-schedule the long awaited grudge match between Mick Conlan and Vladimir Nikitin, we previewed the opening odds for Conlan vs Nikitin a few months back. Mick Conlan: “Vladimir Nikitin and I have unfinished business from the 2016 Olympics, and I can’t wait to set the record straight.”