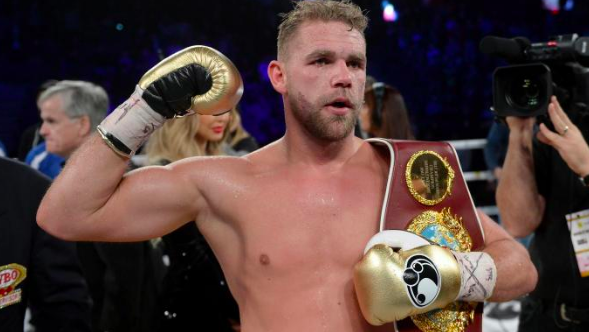 Billy Joe Saunders is scheduled to make his first 168-pound title defense on the undercard of the YouTube card with stars like KSI and Logan Paul live on DAZN at Staples Center in Los Angeles.

This will be a chance for Saunders to tap into a much younger US demographic and ideally set him up for bigger challenges on DAZN.
We preview the opening boxing odds between Saunders and Coceres and see where the value lyes come November 9.

Saunders is expected to shine on his US debut, he is a clear favourite here and unless you are betting more than $100 it’s tough to make money on the champ. Unless you fancy him to win within the distance or decide to see what value there is in round betting. These select betting sites will release betting props for this fight and KSI vs Logan Paul come fight night.

If you believe Coceres can cause an upset on the night a $10 bet would payout $160 in profit. Here is some background on Coceres who reigns from Argentina and has been a professional since 2012.

The majority of Coceres fights have taken place in Argentina, with this being his second time fighting outside of South America. As mentioned the the standard of his opponents is much lower than what Saunders has faced in the past, so this will be a huge step-up for him.

In the main event Logan Paul will give KSI another shot at revenge, as he attempts to avenge his first loss to the former YouTube star. This is more of spectacle for the younger generation, with neither coming from a traditional boxing background. We preview the boxing betting odds for Logan Paul vs KSI 2 below.

Logan Paul opens as the betting favourite as expected, bet $188 on Paul to make $100 profit. While KSI as the underdog means a $100 bet would payout $175 in profit. Don’t be surprised if Paul goes easy on KSI so they can churn out a trilogy for the masses.

Interim-title holder Devin Haney is also expected to make his first title defense, with rumours the young star could potentially face Lomachenko down the line.