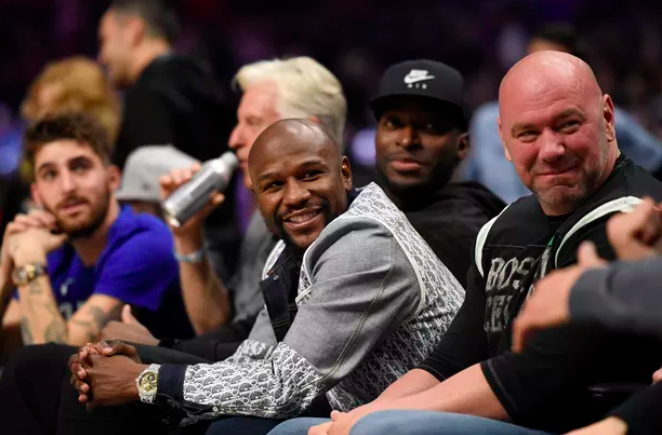 Living a lavish lifestyle like Floyd Mayweather comes at a cost, with a net worth of $750 million why stop now? The 50-0 undefeated boxer briefly retired and unretired this week on IG, now in typically money Mayweather fashion he’s back and he’s got the tabloids and oddsmakers attention.

At this stage of Mayweather’s career a highly competitive rematch against Manny Pacquiao isn’t the most exciting thought, but you can be guaranteed it will be a financial success.

If Mayweather decides to transition to the UFC the oddsmakers at BetOnline.ag have some elite wrestlers such as GSP and Khabib as second and third favourite respectively. While Canelo Alvarez’s only loss came early in his career at the hands of a prime Mayweather, we don’t see that fight happening again.

If the rumours are right Floyd Mayweather and Dana White are expected to be working on a huge event for 2020. News of Dana White’s obtaining a boxing promotion licence in 2019 got our attention in 2019, with the president of the UFC planning to create a separate boxing promotion without the involvement of the major world boxing organizations involvement.

A return to boxing seems to be imminent for Mayweather, whether that’s to compete or at a business level with Dana White. Let’s be honest the only way Mayweather takes a MMA fight is if it’s an exhibition one and any fighter with a decent kicking or wrestling base would embarrass him.

Either way 2020 should be another another massive sporting year with ‘Money’ Mayweather back in the limelight.