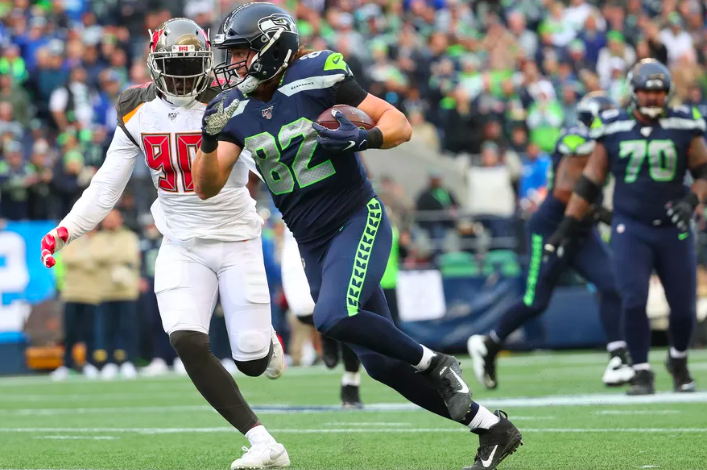 The Seahawks now own the NFC’s top seed with two weeks left to play. They offer great betting value for anyone looking to take advantage of their Super Bowl Futures odds. Once they take care of the Cardinals in Week 16. The conference’s top seed could be determined by Seattle’s performance in Week 17.

According to Cynthia Frelund of NFL.com, the Seahawks currently own a 36% chance of clinching the No. 1 seed, while the 49ers have the best chances at 41.8%. What’s the quantitative difference between playing as the No. 1 seed or playing through the postseason as a Wild Card team? As per Frelund’s metric, Seattle owns a 22.3% percent chance of playing in the Super Bowl. If the conference runs through CenturyLink Field and just a 10.5% chance should it occupy the No. 5 seed.

The 11.8% difference is the second-largest disparity among the NFC’s six current playoff teams behind the Green Bay Packers. San Francisco, on the other hand, still owns a 15.7% chance to reach Hard Rock Stadium as a Wild Card team and 24.2% if they get two games in Santa Clara. For reference, the difference of 8.5% is the lowest of any team in the field.

Simply put, the Seahawks’ chances are essentially contingent upon seeding. Thanks to the Niners dropping that game to Atlanta, they’re in position to set themselves up for a run.

Oh, some more good news for Super Bowl futures odds, you can still buy Seattle for +900 on Bovada’s Sportsbook. They only reach a peak of +700 elsewhere on the futures market.

The outlook of any Seahawks futures ticket, at this juncture, rests on the outcome of that Week 17 matchup in Seattle. Assuming, of course, they take of business against Arizona at home this week.

Barring anything unforeseen, Seattle and San Francisco would play for the No. 1 seed a week from Sunday. Playing at home, especially in the playoffs, is more than just a cliché this season and there’s actual value in getting any of the NFC playoff field away from their respective stadiums.

While the six teams expected to make the playoffs – I utilized Minnesota and Dallas/Philly. As the final two teams for these upcoming figures with a combined 50-20 overall, 12 of those 20 losses have come in road games.

Furthermore, beyond Russell Wilson’s 8-5 career mark as a starting quarterback in the playoffs, the other remaining quarterbacks who are guaranteed to start in this year’s postseason are a combined 17-15 overall, while Jimmy Garoppolo has never started a playoff game.

Of the three quarterbacks who have made a postseason start, only Drew Brees and Aaron Rodgers have played in a road playoff game. They’re a combined 7-10 in 17 career postseason games on the road, while Russell Wilson is 5-1 at home in his playoff career.

As for Dak Prescott and Carson Wentz, only Prescott has made a postseason start and has only made one on the road. It came last season when the Cowboys fell to the Rams in Los Angeles.

According to ESPN’s FPI, Seattle is currently the lowest ranked team of the six projected playoff representatives. With that in mind, expect the Hawks to be slight underdogs in any game they play, even if they end up as the No. 1 seed.

Given Wilson’s extra gear in the postseason, they could spell value once betting lines open for any of Seattle’s home playoff games, should there be any.

Following the bye, Seattle would play the lowest-remaining seed, meaning the Vikings or Niners could be making a trip to the Pacific Northwest. The Cowboys would head to Seattle and Green Bay to the Superdome.

Essentially, the No. 1 seed would mean you either get one of the 10-plus win Wild Card teams or the NFC East champion at home. Given Minnesota’s 4-4 record on the road Dallas’ overall woes, Seattle’s outlook looks even better. The only scenario in which Seattle runs into first-round trouble is if the Packers beat the Vikings and the Niners beat the Cowboys.

Quick disclaimer, these scenarios are only applicable if the Packers win the NFC North, the Saints keep the No. 2 seed and the Seahawks keep the NFC West.

If that’s the reality we find ourselves in come January, the Seahawks have a fast track to the NFC Championship, and you could have a +900 lottery ticket in your hand.