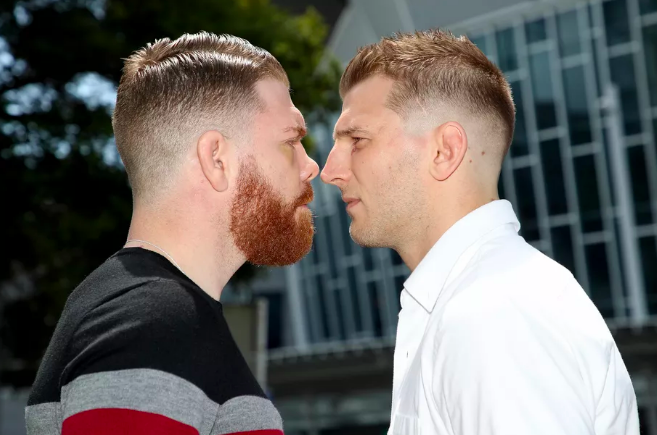 The UFC is travelling to Auckland, New Zealand on Febuary 23, as Paul “The Irish Dragon” Felder takes on Dan “The Hangman” Hooker at lightweight. We preview the opening odds for Felder vs Hooker and give our opinion on who has the edge in this bout.

Stay tuned to Betting Insider Journal for more UFC Auckland odds, in the meantime be sure to preview our list of sportsbooks.

Fight stats for Paul Felder vs Dan Hooker as per UFC Stats.

Dan Hooker is easily one of the most durable fighters in the lightweight divison. The New Zealand based figher used to fight at heavyweight and is a world class kickboxer.

We seen his toughness and chin tested against Edson Barboza, he fight he lost fair and square. Going forward, Hooker has bounced back with two consecutive wins over elite lightweights. In his last bout against Al Iaquinta, Hooker showed improved fight IQ by outclassing the New York based fighter.

Paul Felder’s return to lightweight in 2019, meant a return to form with two back-to-back wins over James Vick and Edson Barboza. The Barboza rematch ended in a split decision and had many had arguments for Barboza winning it for a second time.

While juggling an excellent commentary and punditry role for UFC, Felder has managed to still maintain his status with the top-ten at lightweight. That road though will soon have to be crossed, if Felder picks up a win expect him two be two more wins away from a possible title shot. A loss could be a roadblock here for The Irish Dragon, where he can remain a gate-keeper for the division or focus full time on commentary.