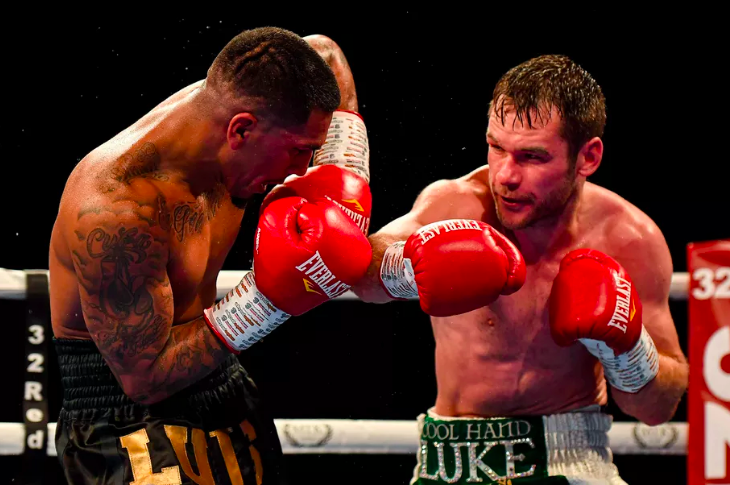 As many pundits are framing this fight, Luke “Cool Hands” Keeler went from the building site to the boxing ring. The improved Irish boxer admits coming close to retirement but thanks to a new contract with MTK Global and a new found hunger, he finds himself challenging for a world title against Demetrius Andrade.

Luke Keeler being the betting underdog, means he has a 10% winning probability in the bookies eyes. Bet $100 to win $900 on Keeler. For the champ Andrade you would have to bet $333 to win $10.09, so it’s safe to say only big wagers are worth the risk here. Our list of betting sites such as Betway will have round betting and betting props closer to fight week.

Andrade (28-0), will be making his third middleweight defense against Keeler on Jan 30. Coming off an unanimous decision win over contender Maciej Sulecki on June of last year. Prior to that Andrade picked up a TKO win over Artur Akavov in January. Although Keeler may not be a household name outside of Europe, he can certainly test Andrade and this is certainly a fight to watch.

In a recent interview with BadLeftHook.com, Luke Keeler had this to say: “He’s really talking himself up,”. “I don’t know if he believes it or he’s a bit deluded, but he hasn’t produced it in the ring yet. He hasn’t really fought anyone elite, I think he is going to overlook me and I think he is that deluded that he believes he’s one of the greatest and he just has to turn up to win. That’s going to count against him and I am taking that belt with both hands.”

“I want to win his world title and move on,” he said. “Some of these guys go in respecting him too much, fear him in there, and I am going in there to rip it from him. He talks about being the best middleweight out there, but he hasn’t proven it yet, and I will prove him wrong on the night.”