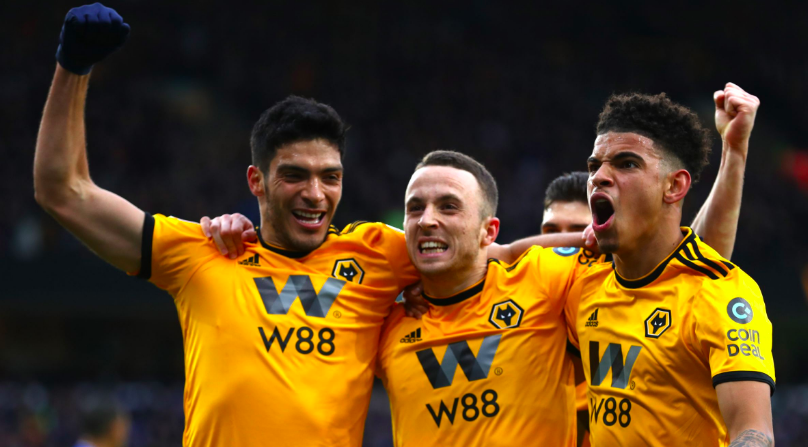 The elite Premier League teams are not what they once were. As Liverpool and Manchester City stand tall above Manchester United, Chelsea and Arsenal who struggle to maintain a consistent form this season. That’s what makes it even more competitive when it comes to predicting the top four EPL teams to end the season. Below we preview the latest Premier League odds to finish for teams to finish in the top four and give our verdict.

Chelsea lead the pack here with a 69% chance of finishing within the top four. The Blues are followed by London rivals Tottenham Hotspur at 20%. Manchester United have a 15% chance of leaping into fourth spot followed by Wolves at 11% and Arsenal at 4.6%.

They have been quite inconsistent this season though, missing clear chances in front of goal and teams easily conceding against goalie Kepa Arrizabalaga.

Bet $100 to win $400 for Tottenham finishing within the top four in 2019-20 season. Spurs are in a transition period after the departure of Mauricio Pochettino. With Jose Mourinho in charge expect some extra urgency as he aims to make a late statement and creep into the top 4.

Bet $100 to win $550 for Manchester United finishing within the top four in 2019-20 season. Manchester United have been walking on a tight ropes since Ole Gunnar Solskjaer took over. According to TalkSport “Solskjaer’s win record is now worse than any United manager in recent history and he has lost more league games that he has won.”

Can Solskjaer turn the tide and prove the fans and oddsmakers wrong?

Bet $100 to win $800 for Wolves finishing within the top four in 2019-20 season. Wolves have been the biggest surprise this season, having tested Liverpool recently but coming up short. Wolves are consistent and are our are favorite underdog team to crack the top four of the Premier League.

Bet $100 to win $2000 for Arsenal finishing within the top four in 2019-20 season. Arsenal’s implosion and departure of Unai Emery was music to any Gunners fans. His replacement, Mikel Arteta, is a vast improvement, but he still has a ways to go with clear internal problems within the club.

Where can I bet on Premier League games and futures?

We have compiled a list of recommended betting sites at Betting Insider Journal, take a look and see which one suits you.