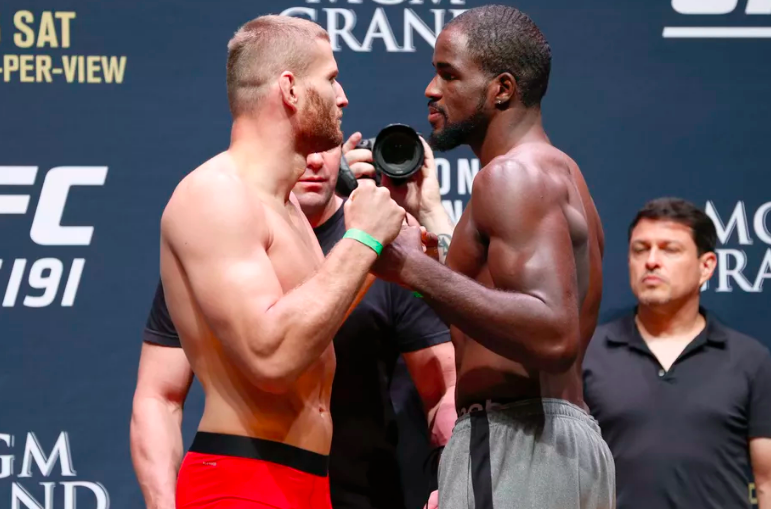 UFC Rio Rancho get’s under way on February 15 with two top contenders going toe to toe for the second time. Below we preview the latest Blachowicz vs Anderson odds as they headline UFC Fight Night 167.

How to bet on UFC fights?

At Betting Insider Journal, we have compiled a list of UFC betting sites. Take a browse and see which one is for you.

Blachowicz is currently on a two-win fight streak with wins over Luke Rockhold and Ronaldo Souza. Both of these fighters are former middleweights that attempted to move up in weight class and failed. Prior to to that Blachowicz lost to Thiago santos, who came up short against Jon Jones at UFC 239.

In terms of strikes landed per minute Corey Anderson leads at 4.45 compared to Blachowicz at 3.44. Blachowicz however is slightly more accurate with 49% accuracy compared to Anderson’s 46%.

In the takedown department Anderson is dominant with an average of 4.98 takedowns per 15 minutes, and a takedown defense of 83% compared to Blachowicz’s 65%.

Our prediction is that Corey Anderson will shine once again at UFC Rio Rancho. Expect Jan to make the fight difficult for Cory but using his power and wrestling to stop Jan within the distance.

Pick: Cory Anderson within the distance.

Will Corey Anderson get a title shot next?

At UFC 244 Corey Anderson completely put an end to the Johnny Walker hype train. Now Anderson has accumulated four straight wins in a row, there is a case for Anderson to get the next title shot.

Jon Jone is scheduled to face the undefeated Dominic Reyes at UFC 247, which is previewed here. Anderson could possibly face the winner of that fight especially if he can pick up a dominant win over Jan Blachowicz at UFC Fight Night 167.