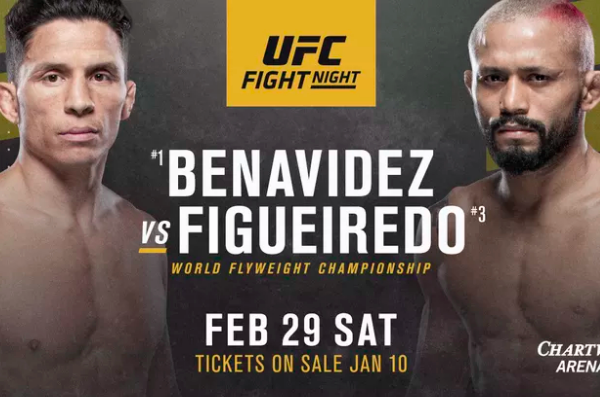 On Feb 29 The UFC will travel to Norfolk with UFC Fight Night 169. The main event will be headlined by Benavidez vs. Figueiredo for the vacant flyweight title. We preview the opening odds for Benavidez vs Figueiredo and see who has the edge.

According to the oddsmakers Joseph Benavidez has a 62.5% chance of defeating Deiveson Figueiredo and becoming the new Flyweight champion. If you like these odds you can bet $167 to win $100 on Benavidez.

For Deiveson Figueiredo he has a less 42.5% chance of upsetting the oddsmakers and defeating Benavidez. His underdog value means if you bet $100 you could win $135.

Figueiredo will have the advantage if this fight goes to the ground. He has 47% takedown accuracy compared to Benavidez’s 31% that’s according to UFCstats. His last win over Tim Elliot was by submission in the first round. Benavidez should excel with his volume of strikes, he’s always been a busy fighter and holds a win over Henry Cejudo who just vacated the belt to stay at bantamweight.

This is Joseph Benavidez’s time to shine simple as. At odds of -167 there is enough value to bet on him as the favorite. Don’t be surprised if Figueiredo causes an upset though, as this will be Benavidez’s third title shot – third time’s a charm right?