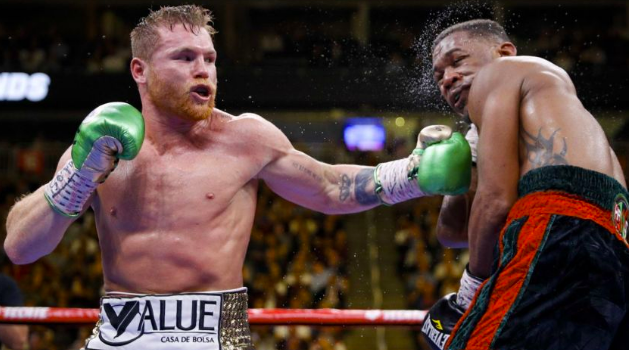 Canelo Alvarez and Ryota Murata will fight each other next. That’s according to multiple Japanese news outlets, and YahooSport reports suggest that they agreed to a fight on May 24 (May 23 in the U.S.) in Japan at the Saitama Super Arena. We preview the opening Canelo Murata odds with some early fight analysis below.

According to the opening boxing odds Canelo Alvarez has a 92% chance of winning this bout against Ryota Murata. The challenger Ryota Murata has a slim chance of defeating Canelo, bet $10 to win $80 on this underdog.

Canelo Alvarez is now in his prime and Alvarez, the RING Magazine and Lineal middleweight titles, will enter this fight with every conceivable advantage. Except the reach and height if you class that as an advantage. We seen Canelo face Rocky Fielding back in 2018, who had the reach and height advantage but Rocky was bullied for three rounds and finished by Canelo.

While Ryota Murata may seem like an out of context choice for Canelo’s next bout, The Japanese opponent actually holds a secondary title within the governing body. Moving weight classes and challenging for belts is what Canelo is all about and for this is a chance to expand his brand into the Japanese market and an experience to add to his boxing career..

If Canelo vs Murata does goes ahead in May, it will take place in Murata’s home country of Japan. Canelo will still be the A-side while raising Murata’s profile among the Western audience, with the hopes of him causing an upset and becoming an unsung hero.

Where to bet on boxing futures?

At Betting Insider Journal, we preview all our odds based on futures odds from these recommended boxing betting sites.

Ryōta Murata is a Japanese boxer with a pro record of (16-2).