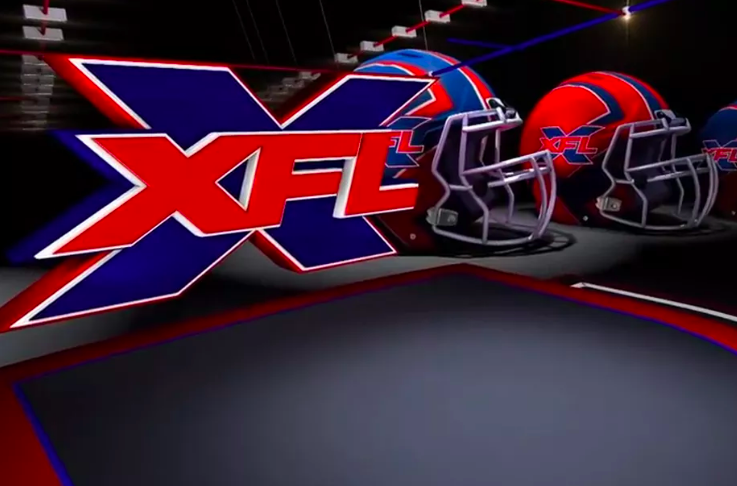 Football fans will now have two American football tournaments to tune into with the relaunch of the XFL this weekend. If you haven’t already previewed the opening Super Bowl 55 odds, we have that covered for 2021 already.

Vince MacMahon’s original XFL brand flopped in 2001 after just one season. Fast forward to 2020 and it seems that the focus is there for a more successful launch as the NFL’s offseason commences.

In these opening XFL betting odds to win the championship, the Dallas Renegades and New York Guardians have a joint favorite odds of +300. Bet $100 on The Renegades or Guardians win $300. In terms of winning probability +300 gives a 25% chance for both teams winning the XFL league.

The Dallas Renegades have Bob Stoops as their general manager and head coach. Stoops is a former national champion head coach for the Oklahoma Sooners. Their rivals will be New York Guardians who have scooped up Matt McGloin (former Raiders star) and Luis Perez as his backup.

Tampa Bay Vipers are at +550. The second best XFL odds in the tournament, the means if you bet $100 you could win $550. What we know so about the Vipers is that they have acquired Aaron Murray. Who is a former starting quarterback for the Georgia Bulldogs in college. With the likes of Mack Brown and former Cleveland Browns player Antonio Callaway joining the ranks.

For The Los Angeles Wildcats they have some familiar names including NFL journeyman Josh Johnson, Shawn Oakman and former NFL player Nick Novak. You can bet $100 on The Wildcats to win $600 at odds of +600.

In our first underdog team is The DC Defenders with wide receiver Eli Rogers joining the ranks. Rogers made a name for himself at the Pittsburg Steelers. According to FoxNews, The Defenders will play at Audi Field, a stadium previously dedicated to soccer games for D.C. United rather than football.

The Houston Roughnecks roster has some familiar names, including Sammie Coates and Connor Cook. A $100 bet could win you $900 if successful. The Seattle Dragons have the exact same winning odds as The Roughnecks.

Finally St Louis Battlehawks are going into the XFL as the leagues biggest underdogs. At odds of +1000, bet $100 to win $1000! The biggest team fan base in the XFL are in for a treat with a roster including Jordan Ta’Amu (XFL’s youngest player), Nick Fitzgerald and Matt Jones.

Be sure to stay tuned to Betting Insider Journal throughout the season for all the odds updates.

Where to bet on XFL?

At Betting Insider Journal, we have compiled a list of betting sites for you to browse through prior to XFL betting.

How many teams are in the XFL?

When does the XFL season begin?

The season will begin February 9, 2020 and span for ten weeks.