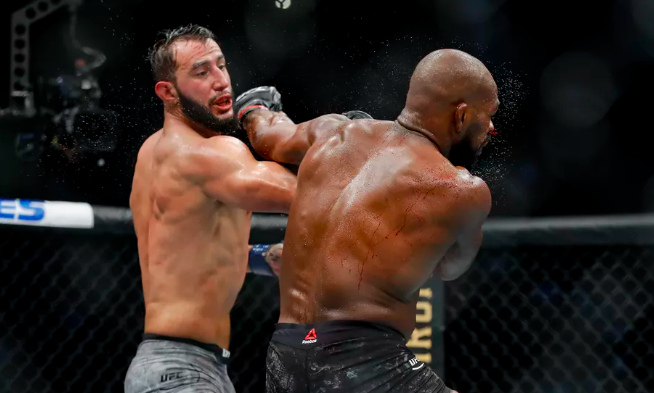 The oddsmakers have released UFC odds for a potential Jones vs Reyes rematch. Jones is still favored but not by as wide of a margin as their first encounter. We preview the opening odds with a history of Jon Jones rematches below.

That’s quite that dip in odds for Jon Jones, as he was between -400 and -500 on some online sportsbooks for their first bout. Now the bookies finally respect Dominick Reyes with a much closer betting line than previous.

Where to bet on Jon Jones vs Dominick Reyes rematch.

Some of our online betting sites reviewed here, already have odds for this anticipated rematch.

Historically Jon Jones has performed better in the rematch the the first bout. At UFC 165 Jones went to a close decision with Alexander Gustafsson, fast forward to 2019 and Jones demolished Gustafsson within 3 rounds at UFC 232.

Then there is first Daniel Cormier bout that went to a decision. Another win for Jones but a rematch was still needed. Although the rematch ended up being no contest due to Jones popping for a banned substance, he finished DC in the 3rd round.

It’s clear that Bones Jones can make the necessary adjustments when it comes to rematches. The question is – has age finally caught up with him? Dominick Reyes proved to be a worthy contender using lateral movement and precise counterpunches to dominate the early rounds.

The rematch doesn’t seem to be on the cards just yet but hopefully Dana White gives it the green light for later this year!