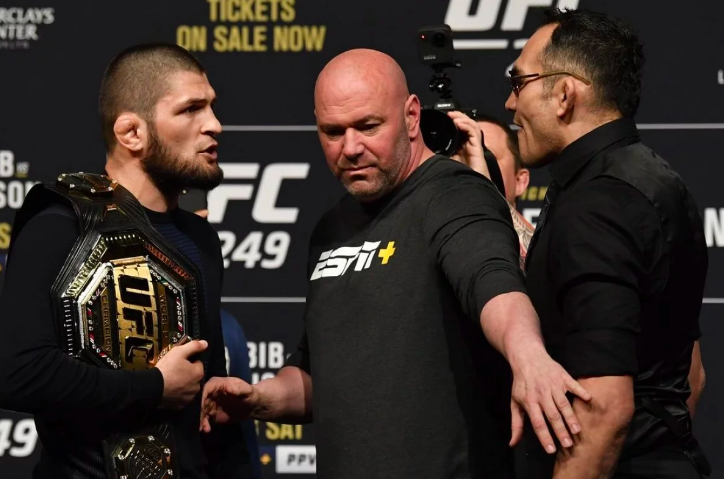 While UFC 249 is still in limbo due to the current COVID-19 Pandemic, Dana White is still plowing through with holing events without fans and relocating them to the UFC Apex gym in Las Vegas.

Round Betting Odds for Khabib vs Ferguson

Khabib Nurmagomedov submitted Conor McGregor in round 4 at UFC 229, meanwhile Dustin Poirier lasted until the 3rd round with Khabib. Tony Ferguson is as durable as it comes so if Khabib does manage to finish “El Cucuy” then the 4th or 5th rounds seem more realistic.

If you are betting on Tony Ferguson winning in a specific round our recommendations would be the same. We’ve seen Ferguson really turn on the heat in the 3rd round, if this goes his way expect a bloody Khabib to get finished in the later rounds.

Method of Victory Odds for Khabib vs Ferguson

Khabib used to be known as the dominant wrestling decision machine. Where he would grind his opponents to win on the judges score cards. However, the Dagestan fighter has evolved and is becoming more targeted with his aggression.

His last two wins were by submission but that could be a challange against a competent fighter like Tony Ferguson who trains with Eddie Bravo. The safer bet here would be Khabib Nurmagomedov by decision at +200.

Stayed tuned to Betting Insider Journal through over the coming days for updates and everyone stay safe and healthy!