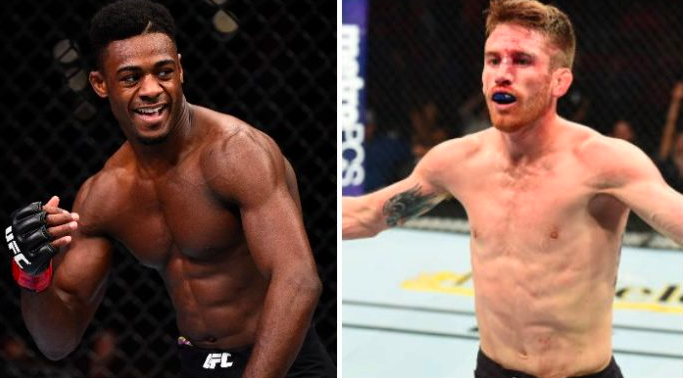 Two of the most talanted UFC bantamweights are set to throw down at UFC 250. Cory Sandhagen (12-1) will take on Aljamain Sterling (18-4), we preview the opening UFC odds with an early fight prediction below.

The oddsmakers are torn on this bout, with many having the betting line between Sandhagen and Sterling extremely close.

At these current odds Cory Sandhagen is the underdog, meaning if you bet $100 you could profit $116. Bet on UFC fights using this list of recommended online betting sites.

For Aljamain Sterling as the favourite, he has an winning probability of 57.6% over Sandhagen. A $136 bet you profit you $100 if Sterling can pick up the W.

The ‘Funk Master’ has more UFC experience than Sandhagen, and also has more explosiveness. With a win over Sandhage, this would put Sterling on a five win fight streak.

Sterling has only one KO loss and two by split decision. The odds have been short in Sterling’s last few bouts, due to the highly competitive opponents he has faced.

Sandhagen has only one loss in MMA back in 2017, at LFA 5. He’s never been finished or submitted, that confidence will be huge heading into this fight.

Sandhagen fights with switch stance, which could frustrate Sterling. Expect Sandhagen to throw a range of front and teep kicks. Using his footwork and scrambles to score points over Sterling.

This fight is a huge gamble to bet on, either way we like early odds on Sandhagen as an underdog.

Title Shot for the Winner?

After all the speculation Henry Cejudo’s retirement post UFC 249. Now we know, Triple C is in fact is not retiring. Therefore this bout is a prime contender match-up. The winner can be expected to contend for title shot, among the deepest weight classes in the UFC.