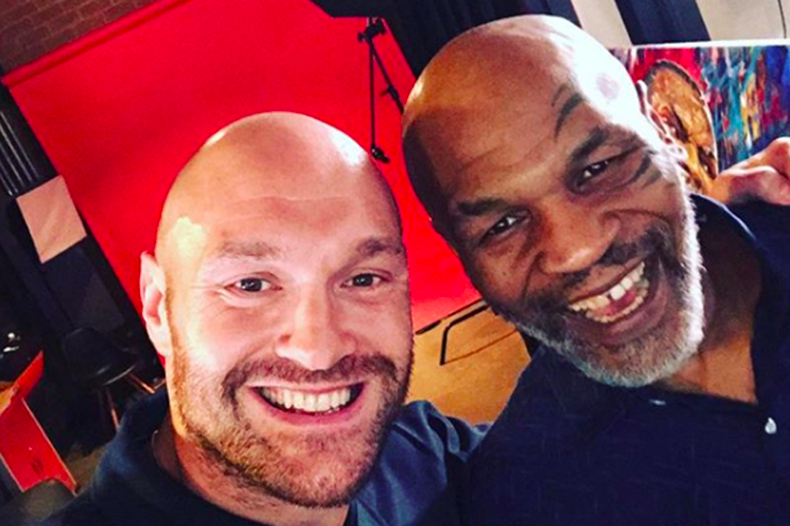 Mike Tyson’s impending return to boxing has been met with a whole storm of media attention these past few weeks. Everyone from Evander Holyfield to Wanderlei Silva have been connected with ‘Iron Mike’.

Tyson Fury is the latest boxer to be connected with a potential Mike Tyson fight, we cover the odds below.

Mike Tyson being the betting underdog here isn’t one bit surprising. ‘Iron Mike’ hasn’t fought since 2005 and agrugable was past his prime by the time the 90’s rolled round.

It was only last year that Mike Tyson claimed he doesn’t want to train, as it could reawaken his ego to fight again. Now Mike is training with MMA trainer Rafael Cordeiro, but strictly on his boxing craft.

Over the past month we’ve seen Mike Tyson being connected with a number of possible opponents. Bare Knuckle FC have reportedly offered up $20 million for Mike Tyson to take on the ‘Axe Murder’ Wanderlei Silva.

Mike Tyson and Evander Holyfield haven’t fought each other since the infamous “Bite Fight” in 1997. The two have since reconciled, and are now good friends, a 3rd fight for charity would make sense give where they are in their careers.

“The Gypsy King”, who dominates the Heavyweight division today, is apparently all in to fight “Iron” Mike. In fact, he even received an offer for the same. In an interview with BT Sport, he said,

Whoever Iron Mike chooses as his next opponent you can be guaranteed fireworks. Stay tuned to Betting Insider Journal for all the latest boxing odds and news.