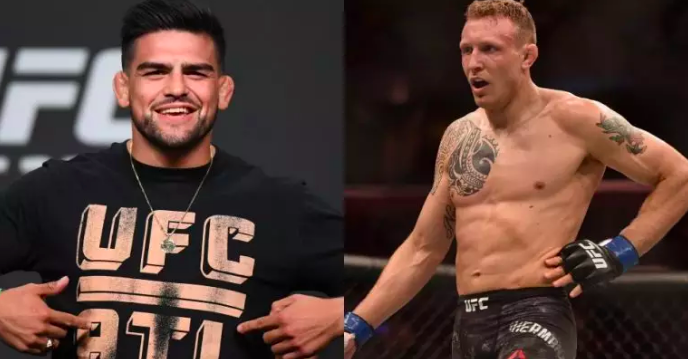 An exciting bout is close to being finalized in the middleweight division. With #6 ranked Kelvin Gastelum taking on #9 ranked Jack Hermansson.

The exact location is TBD, with Dana White expected to announce it for UFC Fight Island in the coming days.

The opening betting line for Gastelum vs. Hermansson is incredibly close. With the oddsmakers giving Gastelum the slight edge, you can bet $120 to win $120 on the former interim title challenger.

For Jack Hermansson he still remains one of Europe’s most promising stars. As the slight underdog here, you can bet $110 to make a $100 profit.

With UFC betting back in action, be sure to check out our list of trusted betting sites prior to betting on UFC Fight Night 178.

How We Got Here

According to sources at ESPN, “before the coronavirus pandemic impacted the UFC’s schedule, Hermansson (20-5), of Norway, was supposed to face former champion Chris Weidman on May 2. He is coming off a second-round TKO loss to Jared Cannonier in September. Prior to the loss, Hermansson won four in a row.”

Towards the end of 2017 and into 2018 Gastelum was on a huge upward swing. With wins over Michael Bisping and Ronaldo Souza catapulting Gastelum into an interim title shot against Israel Adesanya.

Gastelum proved his toughness against Adesanya, although losing by decision – it won fight of the year in many journalists eyes. Gastelum came up short in a split-decision loss to Darren Till at UFC 244 in November.

Gastelum certainly has the KO power to finish Hermansson. We seen Hermansson KO’d in his last fight to Jared Cannonier at UFC Fight Night Denmark.

The betting odds are extremely close here and that’s no fluke. We give the slight advantage to Gastelum here as the southpaw fighter which could cause some serious problems for Hermansson.