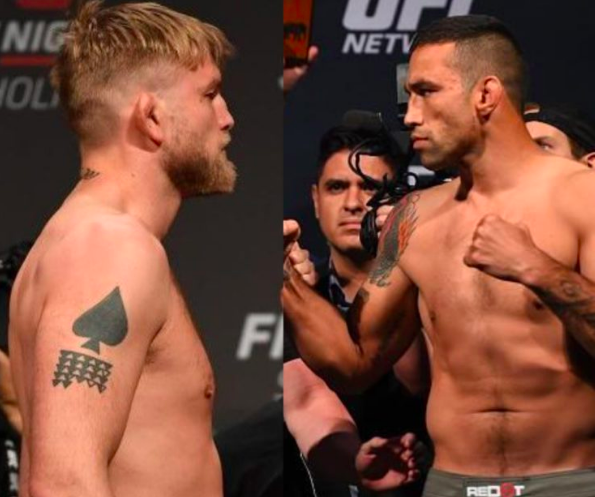 UFC Fight Island rolls on with Alexander Gustafsson making his heavyweight debut on July 25. The Swedish Mauler will he take on former champions Fabricio Werdum. We preview the opening odds for Gustafsson vs Werdum with an early fight prediction below.

According to the oddsmakers Alexander Gustafsson is a firm betting favorite against Fabricio Werdum. At odds of (-275) that’s gives The Mauler a 73% implied probability of defeating Werdum, bet $275 to win $100.

At one point in time Fabricio Werdum was regarded as the heavyweight GOAT, since 2017 he has only fought twice, with his outing a split decision loss to Aleksei Oleinik.

Given than Werdum has the experience at heavyweight over Gustafsson, betting sites might be overlooking him at 2/1, bet $100 to win $200.

This fight falls into the unpredictable category, and that’s what makes it so enticing. Both fighters are on a two-fight losing skid and in desperate need of a win to get back in contention.

Expect Gustafsson to look more energized at heavyweight and perhaps sees a path to heavyweight gold in sight. Gustafsson will have the advantage of the feet in terms of movement and range, versus Werdum’s more marching forward Muay Thai style.

Fabricio Werdum did not look impressive in his last two bouts. Expect him to make this a dirty fight and use his clinches, knees and even submission to his advantage over Gustafsson.

In terms of Strikes Landed per Min. (SLpM) Gustafsson edges this 4.02 compared to Werdum at 3.61. However Werdum has 52% Striking Accuracy vs Gustafsson at 40%.

Overall there are alot of unknowns for this bout, in theory Gustafsson should peform better and capitabize on an aging and flat peforming Werdum.

Stay in the loop with all things MMA related with our odds, predictions and news here.