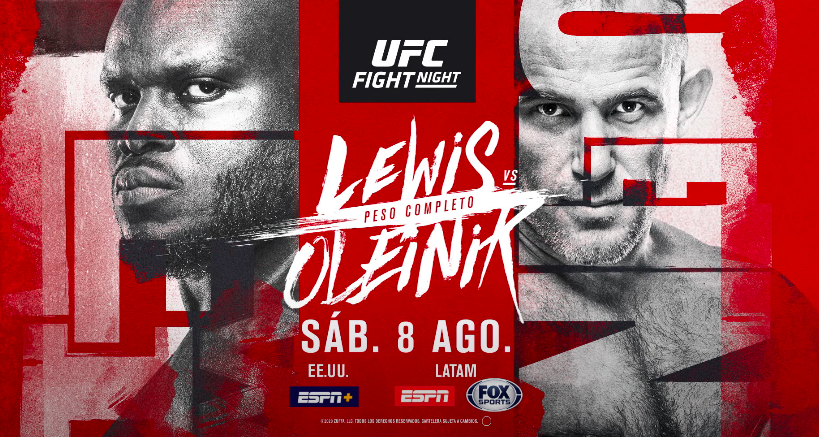 We preview the odds and predictions for UFC Fight Night and take a sneak peak at the co-main featuring Chris Weidman’s return.

According to the opening UFC odds Derrick Lewis is the (-250) betting favourite. That means if you bet $250 you could profit $100. Meanwhile, Aleksei Oleinik being the underdog means a $100 wager could win you $175.

SportsJazz are offering a sign-up bonus with a wide selection of MMA odds for you to choose from.

“The Black Beast” vs “The Boa Constrictor” doesn’t sound like your typical UFC main event. These two fighters will bring their own style to the octagon. Oleinik is a slow plodding type of fighter, on the feet anyway.

When it comes to submissions he’s one of the best in the heavyweight division. In his MMA career he has 59 wins, 46 of those come by submission. Oleinik by submission or TKO is currently priced at (+230), which means if you bet $100 you could win $230.

Derrick Lewis has had his back issues in the past and not to mention is susceptible to body shots. Where he has the advantage in this fight is in the early rounds, expect Lewis to score an early KO over Oleinik. Who’s for Ngannou vs Lewis part deux? Anyone?

In the co-main event Chris Weidman aims for one more shot at redemption. The former Middleweight champions is listed as a +130 underdog on most betting sites, bet $100 to win $130.

Standing in his way is #11 ranked Middleweight, Omari Akhmedov. The Russian “Wolverine” hasn’t lost a fight since 2016. Since then he’s picked up 5 wins and 1 draw. With momentum in his favor, you can bet $150 to win $100 on Akhmedov defeating Weidman.