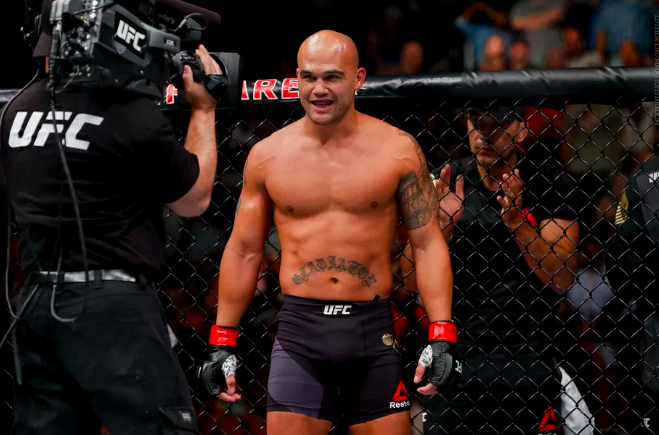 Former Welterweight champion Robbie Lawler returns to octagon on to face #14 ranked Neil Magny. This bout will feature as the co-main to Rakic vs Smith on August 29. We cover the Lawler Magny UFC odds below with a quick prediction.

The average odds according to the bookmakers are giving Robbie Lawler a 66% chance of defeating Neil Magny. You can bet $200 on Lawler to win $100. For Neil Magny as an underdog a $100 bet could win you $170.

Betting Value for Lawler vs Magny

At first glance Robbie Lawlers most recent MMA record may look worse than it actually is. The former champ lost the belt to Tyron Woodley pretty cleanly back in 2016 at UFC 201.

Then Lawler bounced back with a win over Donald Cerrone the following year. Since then he lost a five-round decision to Rafael dos Anjos and a controversial loss to Ben Askren, which he was dominating the fight. Following that he lost to Colby Covington in dominant fashion.

At 38, Lawler isn’t the killer he once was from the Rory MacDonald ad Carlos Condit fights. Still Neil Magny definitely isn’t that upper tier opponent he is upper to facing. Overall this is a risky fight to bet on. We like Lawler’s chances though and once the betting props are released go for over 2.5 rounds to get that extra payout.

On the feet Lawler will have the striking advantage. In terms of strikes landed per minute both fighters are evenly matched, with Lawler packing the more powerful punch. Magny lands 2.55 takedowns per minute and that could be an issue if Magny can score some takedowns to score points over Lawler.

Given how in shape Lawler looks and with the vast experience he brings, we expect him to have the edge over Magny.

Expect the winner to face Geoff Neil or Vicente Luque and work their way back up the welterweight rankings.