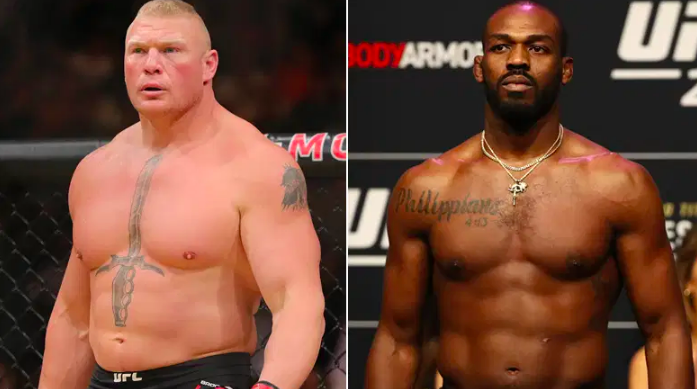 A MMA super fight could be on the horizon with Brock Lesnar and Fedor Emelianenko or Jon Jones being rumoured for a future fight. We preview the latest Brock Lesnar odds for the future of the former UFC heavyweight.

In the opening Jones vs Lesnar odds, Jon Jones opens as a sizable betting favorite (-350) over Brock Lesnar. That means you would have to wager $350 to net $100 profit on Jones. For Lesnar as a betting underdog, it means you can bet $100 to win $265 with a win over Jon Jones.

Seeing arguably the UFC goat Jon Jones move up to heavyweight and take on a monster like Lesnar would be quite the spectacle. UFC lightweight Tony Ferguson has already offered to train Lesnar for a fight against Jones.

Will Brock Lesnar Return to UFC or Join Bellator?

In the era of UFC super fights anything can happen. Now that Lesnar is testing free agency, we can expect to see the Beast Incarnate give MMA one last shot.

The last time Lesnar competed in MMA was against Mark Hunt at UFC 200. A rather lacklustre affair, that ended in Lesnar winning; which was later overturned due to Lesnar testing positive for clomiphene.

In terms of what presents the bigger challange and exposure, the UFC would be the way to go. Brock could fight Derrick Lewis or get fast tracked to fight Jon Jones at heavyweight.

There are a multitude of fun match-ups, but at 43 years of age perhaps competing at the highest level won’t be as exciting as it was in 2010.

The latest MMA odds for Lesnar vs Emelianenko, are giving Lesnar the edge. You can bet $135 on Lesnar to win $100, with an implied probability of 57.4% of defeating Fedor. For Fedor as the betting underdog, you can bet $100 to win $105.

Stay tuned to Betting Insider Journal for all your MMA news, the latest betting odds and much more!