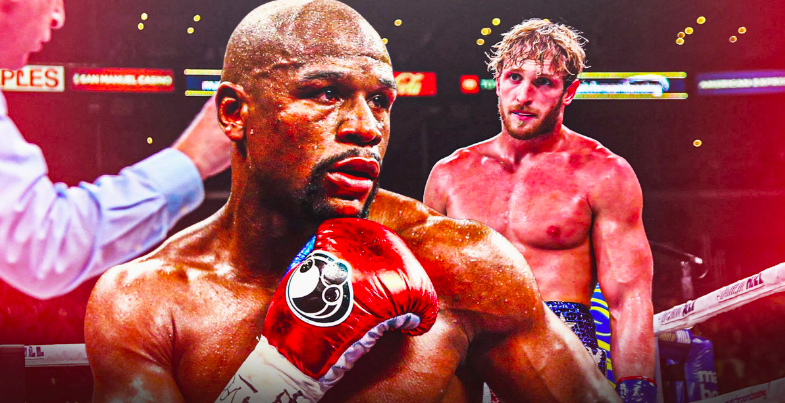 Mayweather vs Logan Paul is scheduled for Q1 of 2021. As the greatest defensive boxer of all time Floyd Mayweather taking on the much younger and inexperienced Logan Paul. What are the odds? Let’s find out.

The oddsmakers have set this betting line much closer than we expected. Floyd Mayweather as a 1/35 favorite, gives him roughly a 97.2% implied probability of defeating Logan Paul. For Logan Paul as a 9/1 favorite, if you bet $100 to win $900.

For almost two decades, Floyd Mayweather dominated boxing’s lower weight classes. He holds wins over some of the greatest fighters of this generation including Manny Pacquiao, Canelo Alvarez & Shane Mosley.

After setting up his first celebrity style boxing bout in 2017, where he picked up a win over Conor McGregor and retied with a perfect 50-0 record. The fight went down in the books as the second most profitable fight in history, one behind Mayweather vs Pacquiao in 2015. We all knew money Mayweather would be back for another piece of the the pie.

After a short stint in retirement, Mayweather return to the ring the following September in 2018. it was an exhibition match against the Japanese superstar, Tenshin Nasukawa. Mayweather made it look easy, almost too easy some might say, with claims the fight was a stunt for an easy cash grab.

At 43 Floyd Mayweather can pick and choose his opponents in this era of celebrity boxing, where the risk is lower and the profits are even bigger. With other boxing legends such as Mike Tyson setting up a legends only league, perhaps we will see a welterweight bout there next year with one of Mayweather’s former foes.

Boxing Odds to Check out this Fall

There are some huge boxing match-ups coming this fall and winter. Since the postponement of many bouts back in March and continued uncertaintely, many have been pushed forward.

One half of the Charo brother’s – Jermall Charlo is set to face ‘The Technican’ Sergiy Derevyanchenko on September 26. This one is not to be missed, with early odds & predictions listed here.

Another cracking boxing match-up for the fans, is Lomanchenko vs Lopez. This lightweight title bout will take place in late October.

Finally, Naoya Inoue will return to the ring on October 31, to take on Jason Maloney – we’ve odds & predictions covered here.

Stay tuned to BettingInsiderJournal’s boxing odds & news section, for all the latest updates as we buckle up for a lot’s of action to top off 2020.