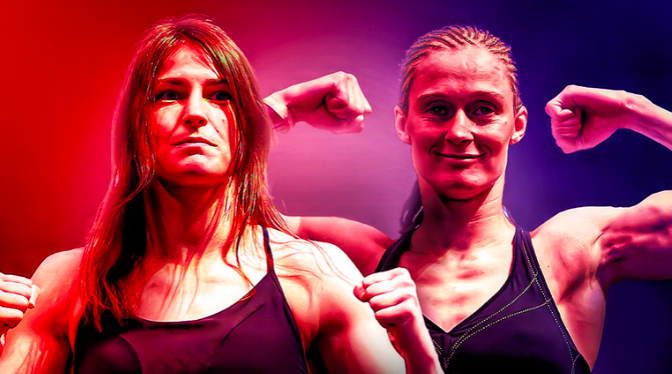 Women’s boxing is back with a late summer clash between undefeated Katie Taylor as she put’s her undisputed lightweight titles on the line against Delfine Persoon once again. We preview the opening boxing odds with an early fight prediction below!

The oddsmakers have Katie as the betting favorite for the rematch against Delfine Peerson. At these opening odds you can bet $303 on Katie to defeat Delfine in the rematch to win $100.

If you see a path to victory for Delfine here you can bet $100 to win $250 as a worthy underdog to take Katie’s thrown.

For their first encounter Katie was a massive 1/14 favorite, with Delfine listed as long as 6/1 on some betting sites. This time round the odds are much closer but Katie still has the significant edge.

After 15 pro-boxing fights spanning from 2016 to 2019, Katie Taylor has reached the pinnacle of the sport. With that comes the critics and doubters, which Katie plans to silence on August 22. It will be unfinished business when Katie and Delfine step in the ring again.

In a recent interview Irish broadcaster Rte.ie “Eddie Hearn says Katie Taylor has been desperate to silence those who believed Delfine Persoon won their bout last year,  from the second the Irishwoman returned to the dressing room after the fight.”

“I think ever since we walked back to the changing rooms, Katie Taylor has thought, ‘I want to put that thought out of people’s minds. It was a close fight, I believe I won but I will do it again and I will prove to you that I am the best’.”

Our early prediction is that Katie will fight a smarter fight and plan not to get dragged into a dog fight again. That will be Delfines aim, to encourage the brawl and control the tempo of the fight. Expect Katie to win the early exchanges with crisp boxing and fluid movement, to win once again on the judges scorecards.