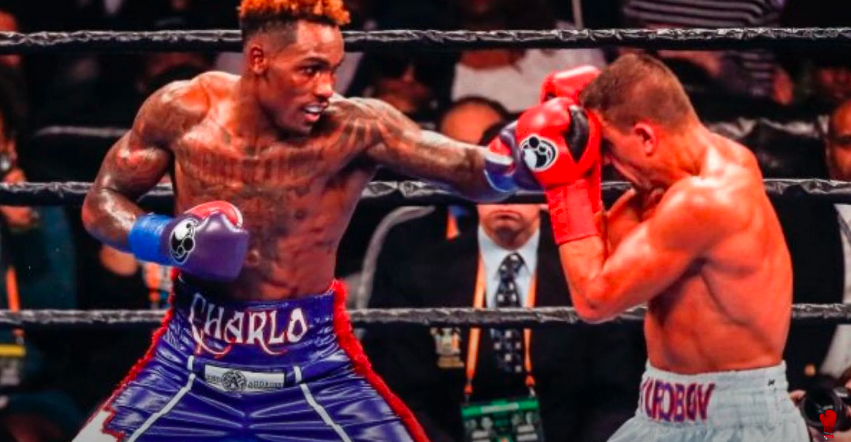 Sergey Derevyanchenko is the frontrunner to fight Jermall Charlo next. Charlo vs Derevyanchenko is expected for a September 26th clash. We preview the the opening boxing odds with an early fight prediction below.

According to the opening boxing odds Jermall Charlo is the (-138) betting favourite. That means if you bet $138 you could profit $100. Meanwhile, Sergey Derevyanchenko being the underdog means a $100 wager could win you $105.

If you are looking for useful source on how to bet on boxing fights, look no further than our complete guide here.

Sink or Shine Time for Charlo

Jermall Charlo has avoided some of the top talent within boxing for quite some time now. He’s pulled up some decent talent, but from the lower weight classes – such as Dennis Hogan but these are much lighter fighters.

At 30 Charlo, sees a chance to defeat Sergiy Derevyanchenko who is standing in his way of another title. Derevianchenko is 34, and now might be the right time to catch him in his career.

In a recent interview with BoxingInsider.com “It’s how I’m going to stop him,” explained Charlo. “Me taking on the fight already sent a message, so tune in on September 26th.”

If Charlo does indeed pick up a win here, expect eyes to finally turn to Canelo Alvarez, Demetrius Andrade and Billy Joe Saunders.

We seen what Sergiy Derevyanchenko done to Gennady Golovkin in his last fight. Who else has punished “GGG” in a fight? Not even Canelo Alvarez can make that claim.