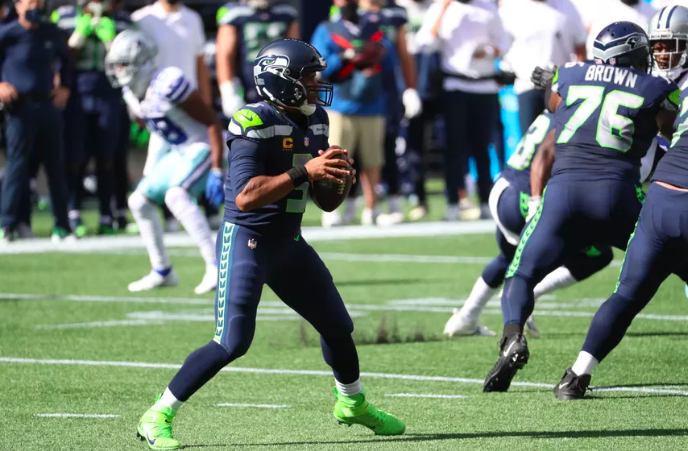 The NFL season is under way and after few weeks of play it’s becoming more clear who are the clear favorites for MVP of the season. Below we cover the top-20 favorites to win the NFL’s most valuable player in 2021.

The Favorites for MVP

When it comes to underrated players in the NFL, Russell Wilson falls into that category for many. The Seahawks QB, is recognized by the oddsmakers though as the betting favorite to win his first NFL MVP. At these current odds, you can bet $100 to win $300 via online betting in the US.

The third favorite is last seasons MVP Lamar Jackson. The Baltimore Ravens QB has odds of +500, which means if you bet $100 you could net yourself $500.

If you are looking for value in your MVP odds, look no further than Arizona Cardinals’ Kyler Murray (+900). Following up on last years offensive rookie of the year, his start to the 2020 season has impressed us at Betting Insider Journal.

According to NFL.com, “For just the third time in the Rodgers era (since 2008), the Packers have scored 40-plus points in back-to-back games. And in each of the previous two seasons in which it happened, Rodgers went on to win the NFL MVP (2011, 2014).”

Many disregarded The Patriots signing of former MVP Cam Newton. According to SI.com – 13.11% of all MVP bets over the past month have backed Newton, second to only Kansas City Chiefs quarterback Patrick Mahomes.

Ben Roethlisberger comeback of the year? And MVP combined. That’s a huge gamble but one to take a look at. At odds of +5000 you could bet $100 to win a whooping $5000 on The Panthers QB.

There are many MVP favorites for the 2020/21 season, so stay tuned for more NFL odds, news and analysis as the season continues.