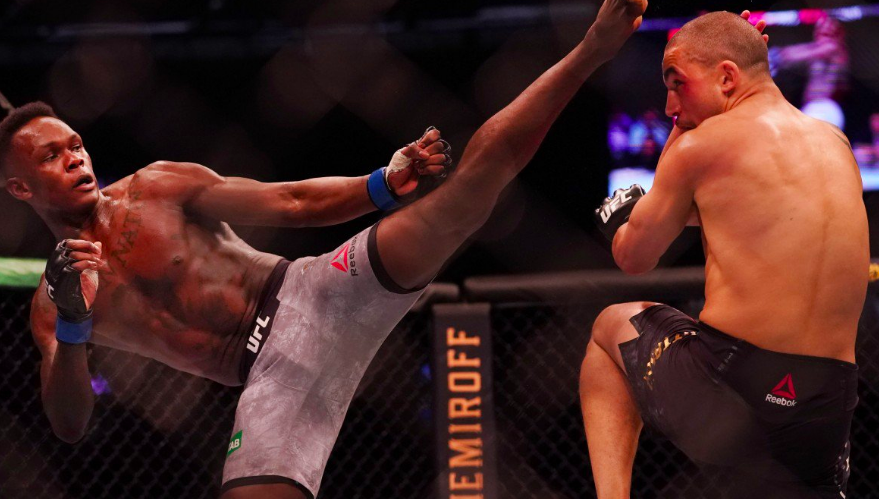 Israel Adesanya put on yet another incredible performance in Melbourne, Australia at UFC 243 Saturday night to unify the middleweight title. This was a championship performance from the brave walk-out that involved his own rendition of the native Haka, to making Whittaker miss most of his shots. Adesanya held his head high and didn’t back away from the next deserved challenger in line – Paulo Costa.

In the opening UFC odds according to BetOnline, Adesanya is the betting favourite, but not a huge one. Both men are undefeated so expect fans to be split here, but no doubt Adesanya has faced the greater opposition and has more tools in his arsenal.

Bet $180 on Stylebender to make $100. Costa being the slight favourite in the opening odds, means if you wagered $100 you could profit $155 if The Eraser get’s the job done.

As per MMAmania.com ”Right now there’s nothing set in stone,” Adesanya said at the UFC 243 post-fight press conference when asked if Costa was next. “I’m just feeling it. I like that fight. The casuals, they’re dumb. They see a beefed up beefcake like [Costa] and think ‘That’s the guy.’ I’m still all hype, by the way. Don’t worry, I’m just a hype train. So yeah, they’ll see that and think ‘That’s the guy! That’s the guy!’ They just want to see me lose, but they’re going to be waiting a long time.”

As the momentum builds around the new champ, Paula Costa plans to “Erase” Adesanya – “When I put my hands on his head, his body – he’s going to feel it a lot,” Costa said on the ESPN+ post-fight show following the event at Marvel Stadium in Melbourne, Australia. “I fear he can die in the Octagon, for sure.”

The truth is Adesanya really is the closest the UFC has come in terms of creating a new star since Conor McGregor. Coincidentally Adesanya recently signed with Paradigm promotions, the same company McGregor has been part of since his early UFC days.

Adesanya has also been praised for not jumping at the money fight, which is a weight class above against Jon Jones. The two have been exchanging words online recently and it seems that a future fight for these two elite strikers would a dream match-up.

The size advantage would clearly be in Jone’s favour here against Adesanya. Before all that let’s see how Adesanya fairs against Costa’s power when the two middleweights throw down in early 2020.