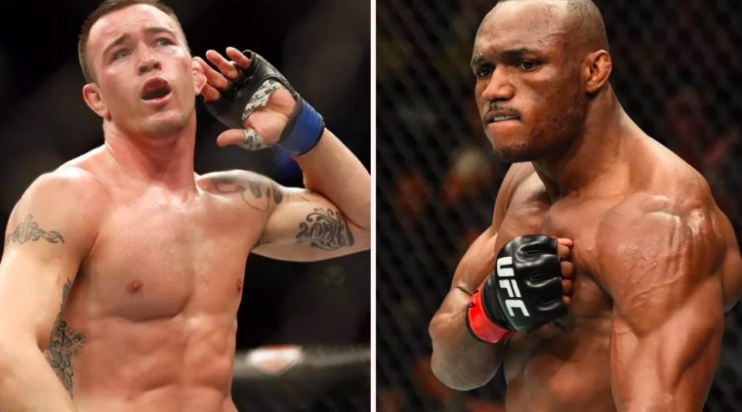 Colby Covington defeated former champion Robbie Lawler in a dominant fashion at UFC Newark on Saturday night. Covington talks a big game but thus far has backed it up – he fired 541 strikes during the five-round bout, a UFC record.

The opening UFC odds from Bovada are giving the champion Usman the clear edge here, wager $280 to make $100 profit. Meanwhile, Covington offers real value as an underdog – put down $100 down to make $220 profit on “Chaos”.

After the fight Colby Covington was invited up to the media booth, where Kamaru Usman awaited and things certainly got heated.

Covington (15-1), has now secured himself as an elite welterweight following consecutive defeats of Demian Maia, Rafael dos Anjos and now, Lawler. Even managing to rally Donald Trump and his son by his side, just to add extra heat to the fire.

Usman (15-1), we’ve seen what he can do at 30% then maybe 80% against Woodley – so expect The Nigerian Nightmare to fully fit and 100% motivated to finally shut Covington up when they get the chance to share the Octagon.

During the build-up we expect to see things getting ugly between Covington, who’s shtick is a WWE-style heel character that’s managed garnering him a title shot and lot’s of enemies along the way. Both Covington and Usman have some of the best conditioning in the game, so do can push the pace further?

According to UFC stats both men are even on takedown accuracy with 50%, Usman has 100% takedown defense, while Covington has 78% – this could be the edge. Although, as we seen in Usman’s impressive win over Tyron Woodley – he doesn’t need to take you down, a grinding attack against the fence might be enough.

On average Usman lands more significant strikes per minute at 4.20 vs Covington’s 3.90, that might be an area Covington is working on increasing as we seen a new output record set against Lawler.