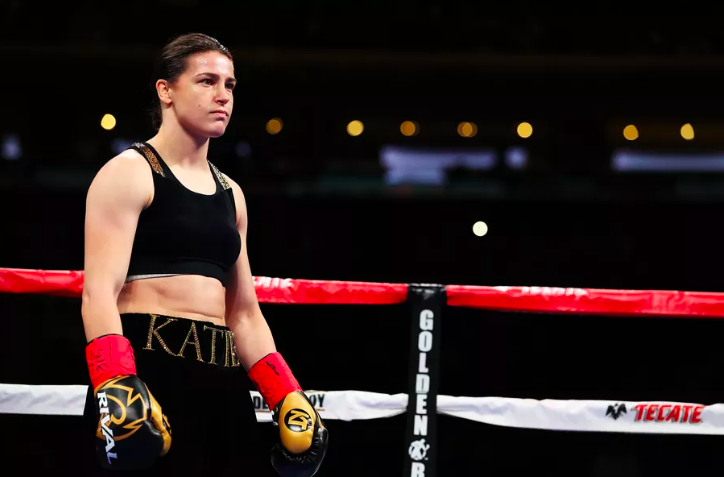 *Update – now that the rematch is confirmed we took an early look at the odds for Katie Taylor vs Delfine Persoon 2.

Katie Taylor takes on Delfine Persoon on July 1 for a title unification match, this will be on the undercard for Joshua vs Ruiz Jr at Madison Square Garden.

Taylor (13-0), is a unified lightweight female world champion, having held the WBA title since 2017, the IBF title since 2018, and the WBO title since March 2019. Katie’s overall movement and hand speed is incomparable in boxing, she made light work of formerly undefeated champion Eva Wahlström in December and also ended Rose Volante’s undefeated streak in March.

“It’s great to have the opportunity to have the chance to become the undisputed champion,” said Taylor. “Every day in camp has been 100 percent focused on the task at hand so I won’t sit back and think about it until I’ve actually achieved it as that’s what I am like.

“I think it’s going to be a really hard fight. I’ve watched clips of her and she’s very tall and awkward, she punches non-stop for the ten rounds and I think it’s going to be a very physical fight. It’s a huge challenge but the one that I’ve wanted. She’ll bring the best out of me as I have the utmost respect for her and we’re going to lay it all on the line and may the best girl win. The famous green belt and the Ring Magazine belts being on the line is just amazing.” Source boxingscene.com

Standing in Katie’s way to become undisputed champion is Delfine Persoon. Persoon (43-1), is a Belgian boxer with tones of experience and comes with a different look than what Katie has seen before. Katie has finished her last opponent and has multiple unanimous decision wins on her record, our pick is Katie Taylor by UD.

Catch Taylor vs. Persoon on DAZN & Sky Sports on June 1

Katie enters as a huge favorite again here, at 1/14 you would have to wager a large amount to make any profit. Once the betting props for this fight come out, options for round betting will offer better value. The best odds for Taylor vs. Persoon are listed Betway.com