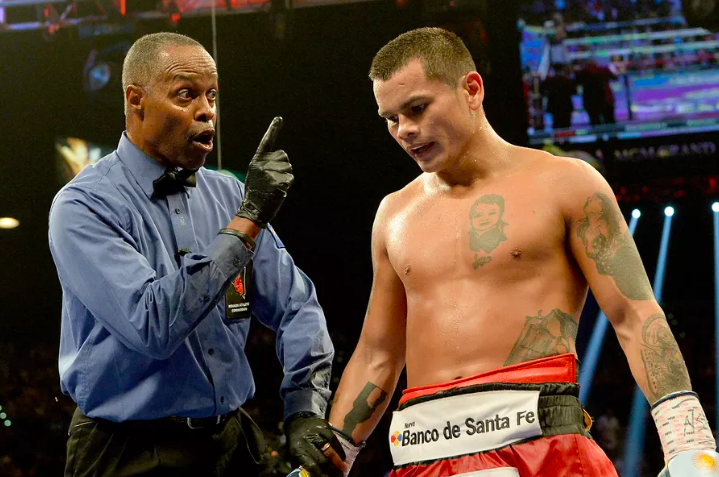 One of boxings favourite stars in recent years Marcos Maidana is set for a comeback but not in the traditional sense, Maidana a former two time world champion will face former kickboxer Jorge “Acero” Cali in a boxing match at Cruiserweight.

According to WorldBoxingNews.com an attempt was made to step back inside the ropes earlier this year. Maidana had accepted a three-fight deal from Al Haymon in 2018. In the end, Maidana decided against it. This time, with an exhibition-style offering against a well-known compatriot, Maidana will give it a shot and see where he’s at mentally.

Explaining where the idea came from, representative Ernesto Ricci spoke about the thought process. “Marcos Maidana returns to boxing because he wanted to accepted the challenge of ‘Acero’ Cali,” Ricci told Télam. “They had been exchanging messages and videos since January of this year. They spoke before Marcos went to the United States to prepare for the return that did not happen. “But this is serious. It’s a fight,” he added.

This could be a handy tune-up fight for Maidana, that could entice fans and reignite promoters interest in offering Maidana a real boxing fight deal for a full-time return to the ring.

Marcos Maidana went the distance with Floyd Mayweather but lost by split decision, could we see Mayweather vs Maidana 3 in 2020? Another option for Maidana if he comes back fully would be a rematch against Adrian Broner, Maidana is a big name in boxing and there are a number of exciting options for the Argentine.

Marcos Maidana vs Jorge Cali is set to take place in April 2020. Who would you like to see Maidana face next if he decides to resurrect his boxing career and take on the elite again?