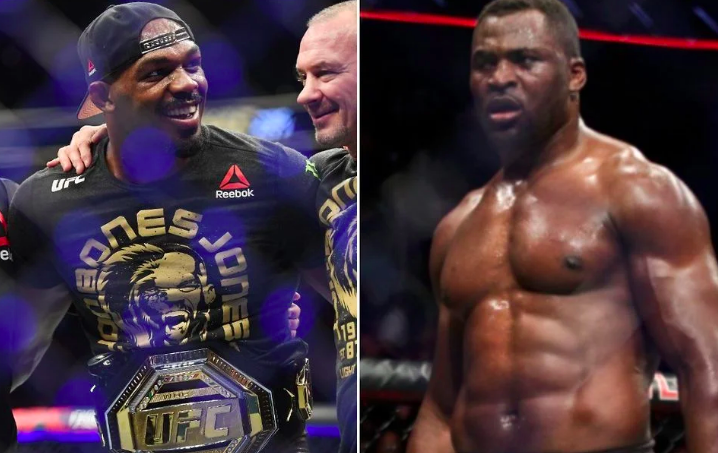 The biggest fight the UFC can make right now is becoming closer to reality. Ngannou now holds UFC gold and Jon Jones has him as his next target. Can Jones get past Ngannou’s power or will Ngannou struggle with Jones’s takedowns? The oddsmakers give their tip on who’s favorite and why below.

This will be Jon Jones first fight at heavyweight in the UFC. The former light heavyweight champion has an implied win probability of 38.46%. (Bet $100, win $160).

These odds will change over the coming odds, for a betting site that you can track live odds – check out our list of sports betting sites here.

Tracking the odds for Ngannou vs Jones

When the opening odds for “The Predator” vs “Bones Jones” were released last year it was a much more even betting line.

Jones was coming off a close decision win over Dominick Reyes and Ngannou was on his title run prior to defeating Stipe Miocic at UFC 260.

Now we see Ngannou ranging from a -175 to -200 after a clinical display against Miocic, showing incredible improvements from their first bout. Bettors can expect Francis to be anywhere from -250 come fight night.

We will track the betting props for Ngannou by KO or Jones by decision, once those lines are released.

Is Ngannou really a “One Trick Pony”?

Ngannou and Jones have gotten into some Twitter spats recently. Jones claims that Ngannou’s only way to defeat Jones is by knocking him out. A dig in terms that “The Predator” lacks skills in other elements of MMA.

Prior to the Miocic rematch it was hard to gauge how much Ngannou had evolved as a fighter. It was clear that Ngannou’s boxing, takedown defense and general fight IQ has increased significantly. I would not be surprised if Ngannou starts to show different areas of his skillset against Jone or a rematch against Derrick Lewis.

My takeaway from this that it’s a win-win situation. First Row has stayed by Jones’ side throughout all the highs and lows of his career. Now as he lines up a major super fight against Francis Ngannou in the twilight of his career, a new major MMA manager could help strike that deal.

Jones is asking for $30 million to fight Ngannou, which UFC wasn’t willing to guarantee. “We tried to work with Jon, and we eventually have to move on because realistically, and in all honesty, Derrick Lewis is the guy who deserves the fight,” White said on “The Bill Simmons Podcast” via TheAthletic.com.

In an age where the UFC making drastic cuts to the roster and fight pay doesn’t appear to be improving. Jones may have to take one fight at heavyweight to prove he has the chops to compete against Ngannou and really sell this fight to the public and Dana White.