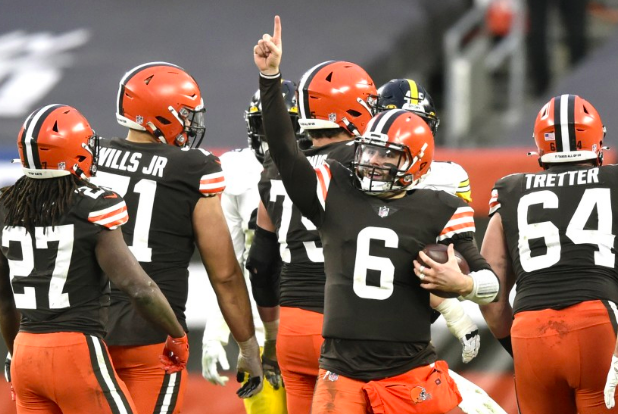 With only two more weekend’s left of football before the Super Bowl. Eight teams are left in contention. The two games on Saturday January 16th are LA Rams @ Green Bay and Baltimore @ Buffalo.

Then the following day sees Cleveland @ Kansas City and Tampa Bay @ New Orleans. Below are the latest odds and predictions for the NFL Divisional Playoffs.

The Packers are taking the majority of the public money right now. As fans and bettors alike lump on the opening lines. Still The Rams should not be overlooked, they knocked out the Seahawks as 3 point underdogs on the Wild Card Weekend.

The Rams Aaron Donald is out injured, and as good as that performance against the Seahawks was, that’s not going to be enough to overcome a still-injured Jared Goff.

The Bills are becoming a popular underdog pick to win the Super Bowl this year. One major issue the Bills have is third downs. It lives off of them offensively – leading the league in third down conversions.

The Bills current winning streak of six games is the longest since 2004, and is the best finish to a season ever.

They’ll have their hands full this Saturday against the Ravens, who are playing their best football right when it counts. The spread is much closer for this game than the first divisional round game of the day, and at -2.5 I will be picking the favorite again for the Ravens to defeat the Bills.

The Browns might of knocked out the Steelers over the Wild Card weekend. Yet that still hasn’t increased their odds of winning against the Chiefs. Last years winners are the biggest favorites heading into the Playoffs, with 85% of the public money going on Kansas against the Chiefs. The Chiefs will be looking to rebound after a loss to the Chargers earlier this month.

If you bet on the Browns a $100 bet could net you $1000 on the current spread of +10. That being said, I don’t expect a huge upset. Despite facing several of the league’s toughest defenses down the stretch, Mahomes enters the 2021 NFL Playoffs having thrown multiple touchdowns in seven of his last eight games. He also topped 300 yards passing in six games during that stretch.

The Bucs started off rock, but found there feet post early November. They are now a stronger and sharper team to be reckoned with. They enter the Playoffs as +146 underdogs, with +3 on the spread.

Expect Tom Brady and the Bucs to start off hot getting the lead, but will they have enough to maintain it against a Saints team that usually have their number. This will be the third time Tampa Bay and New Orleans, NFC South rivals, have faced off this season. The Saints came out victorious in both games, convincingly, with a +46 point in their favor.

We are giving the edge to the Saints here. Drew Brees all the way!

The main line movement I have noticed so far is between Tampa Bay and The Saints. With the moneyline coming much closer, it opened at -174 for the Saints and now they are averaging around -115, with Tampa Bay currently -105 on some betting sites.

The spread between the Baltimore Ravens and Buffalo Bills has also lessened. It opened at -3 in favor of the Ravens on most online sportsbook, with it drifting to -2.5 since the time this was written.

Stay tuned to Betting Insider Journal for all the latest NFL news, odds and predictions. Who are your picks for the NFL Playoffs? Comment below!

0 comments on “NFL Playoff Predictions, Odds, Against The Spread Picks”