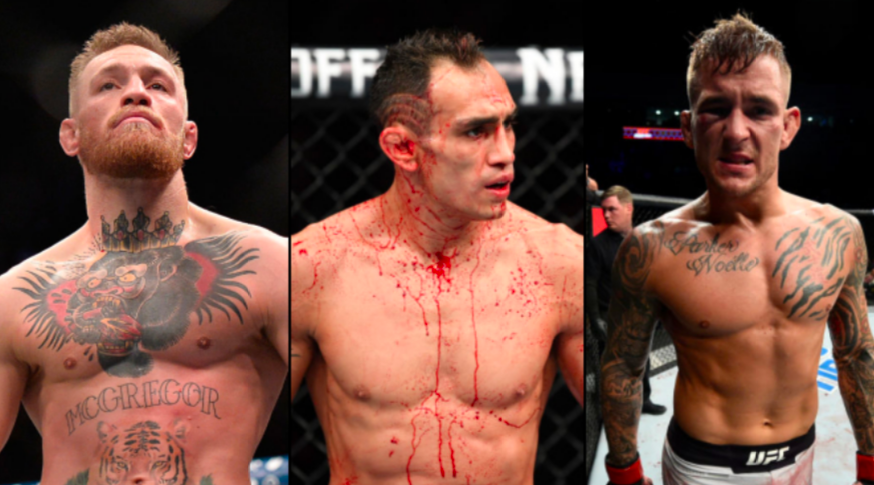 At UFC 254 Khabib Nurmagomedov defeated Justin Gaethje by submission in the second round. After the fight The Eagle retired and now the lightweight title remains vacant. We see what the latest odds are for the next champion at lightweight.

According to the oddsmakers McGregor is the betting favorite to become the next champion at lightweight. The former “champ champ” is listed at +150, which means if you bet $100 you could net $150.

Next in line is Dustin Poirier, who is expected to face McGregor next in January with odds on that bout listed here. You can bet $100 to win $300 on “The Diamond” becoming the next lightweight champion.

Who Should be Next in Line?

Outside of the obvious option of McGregor vs Poirier 2, former Bellator champion Michael Chandler stands out. Chandler made weight at UFC 254 as a replacement fighter if Khabib or Gaethje couldn’t make it on fight night.

Chandler will be no stranger to MMA tournaments coming from Bellator, who regularly hold knockout style tournaments that work when executed correctly.

According to ESPN, When asked about the division shortly after Nurmagomedov’s bombshell announcement, UFC president Dana White said, “Don’t ask me about the future. I have no idea.”

Let’s not forget about Tony Ferguson, who supposedly had the Kryptonite to Khabib’s dominance. Unfortunately this dream UFC match-up never transpired and now fans are left wondering, what what the result could of been?

Ferguson lost to Gaethje for the interim-lightweight title at UFC 249 in May. Then Gaethje put on a better first round performance than his counterparts that have faced Khabib. Neither of these fighers are out of the picture just yet, so it’s up to the UFC to decide who will get that next title shot.

Who do you think deserves the next title shot at lightweight? Leave your comments below in section below.