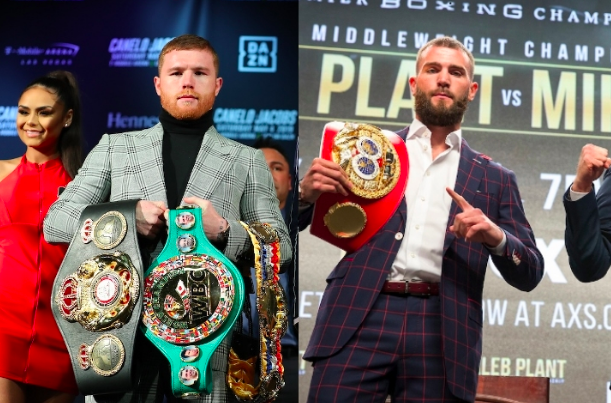 Canelo Alvarez is coming off a dominant win over Callum Smith. With that, online sportsbook MyBookie have released a whole host of Canelo Alvarez futures odds.

Favorites to fight Canelo Next

Over the course of 2020, we seen Canelo split from Golden Boy Promotions and become a free agent. This has unlocked huge potential for the boxing superstar who is keen on cementing his legacy even further.

Caleb Plant is the frontrunner for Canelo’s first fight of 2021. The undefeated American has a 20-0 record and is scheduled to defend his IBF super middleweight title on January 31st 2021.

According to Boxing Scene, Plant is now 0-for-2 in landing a fight with Alvarez, the pound-for-pound king to many and the biggest attraction in boxing, he remains very interested in facing him and believes it can happen in 2021.

Moving onto who I personally think Canelo will fight at some stage in 2021, BJS. Billy Joe Saunders, needs a big name to bring out his a-game. He fought an aging Martin Murray in 2020, and while Murray proved to be a solid opponent Saunders didn’t look the most motivated inside the ring.

Canelo and Saunders styles have been compared in the past. They say styles make fights and perhaps Saunders could be the one to finally test Canelo, since Gennady Golovkin.

That brings me to Gennady “GGG” Golovkin. Who is the third favorite opponent to face Canelo Alvarez next. The pair have had two huge fights that could of went either way, the first ended in a controversial draw. The second went to Canelo, so there is definitely opportunity to run it back a third time.

GGG is coming off an impressive win over former undefeated Kamil Szeremeta. Golovkin is now in his late 30’s and realistically needs to get the trilogy fight with Canelo in 2021. Out of all the opponents listed – GGG would have the closest odds for defeating Canelo if they fought next.

Another solid opponent is Artur Beterbiev that’s been listed by the bookies. The undefeated Russian hasn’t went to the judges scorecards in all 15 of his pro-fights. He takes on Adam Deines in early 2021, I can definitely see Canleo facing Beterbiev in late 2021 or the following year.

When odds for for a third fight were originally released, the moneyline was even at -115 each.

0 comments on “Odds Released on Who Canelo Alvarez Fights Next”