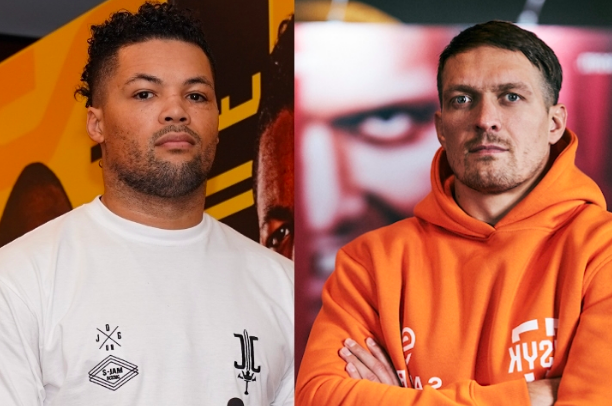 Oleksandr Usyk’s mission for heavyweight dominance continues early this year, as reported by ESPN. The former undisputed Cruiserweight champion will take on Britain’s Joe Joyce. We review the opening boxing odds for Usyk vs Joyce and give an early fight prediction below.

I believe these odds are fair enough with Usyk climbing the heavyweight ladder, he has shown great improvements as each fight progresses. Come fight night, I expect Usyk to be averaging 3/1 to defeat Joyce.

Prediction for Usyk vs Joyce

This fight will be a typical bull vs matador type of fight. Joyce has fought at heavyweight much longer than Usyk, turning pro in 2017 and amassing an undefeated record of 12-0 since then.

Joyce KO’d Daniel Dubois in the 10th round of their last bout, Dubois was also undefeated prior to that fight with a KO ratio of 93%. We know Joyce has the KO power that Usyk will have to be mindful of.

Usyk holds a shutout decision victory over Joyce from their days in the World Series of Boxing. Now, both men are rising up the heavyweight ranks as unbeaten professionals.

Before winning a silver medal at the 2016 Olympics in Rio, Joyce was part of the British Lionhearts team and faced the irrepressible Usyk.

Joyce was given a thorough examination by the slick southpaw and ate a couple of heavy shots, although he did manage to land several of his own. Check out their first fight below.

Overall Usyk is the superior fighter in terms of skill. He will have a major reach advantage over Joyce which will be his main key to victory on fight night.

From the two fights we’ve seen Usyk at heavyweight, he made Chazz Witherspoon retire in the 7th round and went to the judge’s scorecards against Derek Chisora. He did however get marked up in both fights by his opponent’s jabs, which is what Joyce excels at. If Joyce can utilize the jab he could end up pulling off a win here over the betting favorite Oleksandr Usyk.

I expect Usyk’s movement and quick combinations to be enough to impress the judges at ringside. For Joyce he will have to cut off the ring and limit that movement, sticking behind the jab and using his weight and power to his advantage.

Winner To Face Winner of Fury vs Joshua?

The great debate of Tyson Fury vs Anthony Joshua finally fighting is rumored to be taking place later this year. The British heavyweight rivals currently finalizing terms for a blockbuster battle that will decide the sport’s No 1 heavyweight.

With Usyk taking on Joyce this can be seen as a mini-tournament with the winner facing the undisputed champion, the winner between Joshua or Fury. As the fight draws nearer be sure to check out the types of boxing bets you can place, from outright winner to round betting.