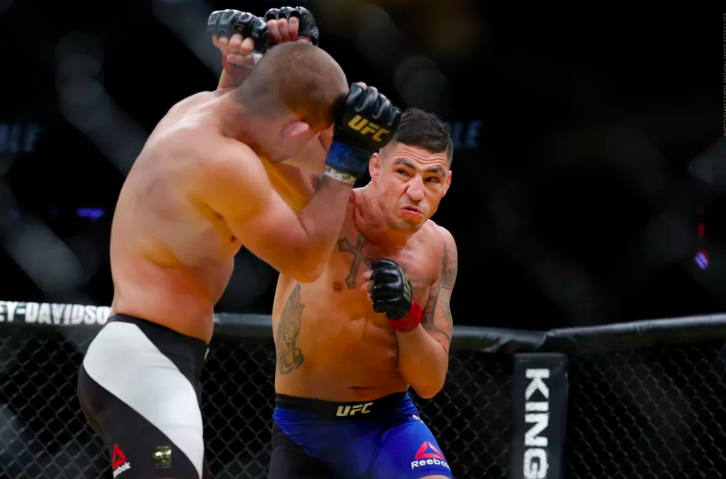 The UFC are currently targeting another big fight for UFC 239, former ‘TUF’ winner Diego Sanchez, who won the first ever Ultimate Fighter back in 2005 will take on 2012’s winner Michael Chiesa.

Sanchez (29-11), is coming off an impressive TKO over Mickey Gall at UFC 235, and a decision win over Craig White at UFC 228. Prior to this “The Nightmare” was on a two-fight losing skid, but Sanchez has proven many doubters wrong and has clearly still got what it takes to hang in there with the best.

Chiesa (15-4), spent his early UFC career at lightweight gaining wins over Francisco Trinaldo and Jim Miller, but fell short against Kevin Lee and Anthony Pettis, before his move up to welterweight and submitting legend Carlos Condit at UFC 232.

The early oddsmakers are giving Chiesa a 65% chance of beating Sanchez. While Sanchez as an underdog again would offers real value, he has never lost by submission and is his is one of Chiesa’s specialities. Expect this fight to be a scrappy grappling affair as these former TUF winners go head to head at UFC 239.

UFC 239 will take place at the T-Mobile area in Las Vegas, July 6th. Here are betting odds for the remainder of the fights on the rest of the card.

0 comments on “Opening betting odds: Diego Sanchez vs. Michael Chiesa in the works for UFC 239”